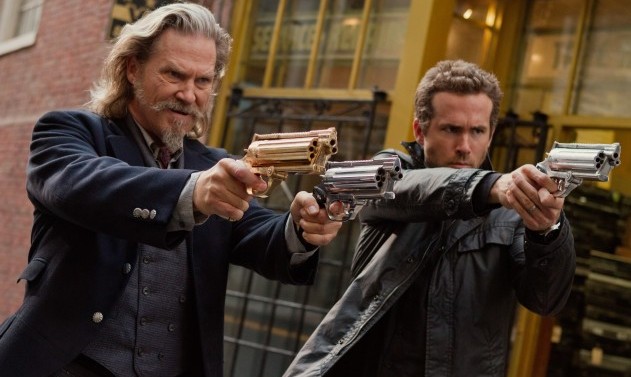 Jeff Bridges and Ryan Reynolds join forces in Universal Pictures’ R.I.P.D. as Roy Pulsipher and Nick Walker, the newest cop pairing of the legendary police force known as Rest in Peace Department. Their mission? To track and arrest “Deados”, monstrous souls disguised among the living as ordinary people and bring them to justice before they end life as we know it. In order to do so, the new partners must put their differences aside and work together to fight off evil.

The constant friction between the two mismatched cops drives the comedy throughout R.I.P.D and allows for a memorable dynamic and entertaining series of events.

In support of the release of R.I.P.D., we have put together a list of the most famous and memorable buddy-cop movies. Which pair is your favorite?

Watch out for the newest cop partners, Jeff Bridges and Ryan Reynolds in R.I.P.D. on July 19.