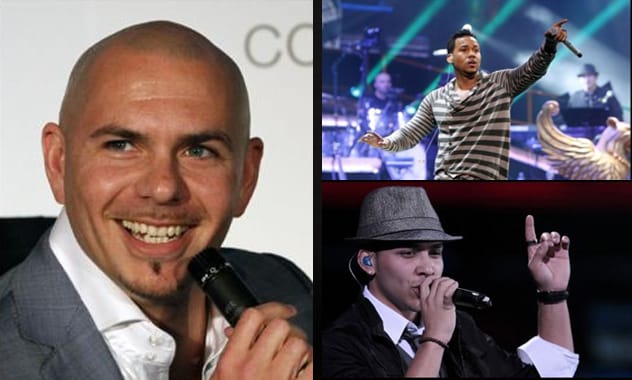 For years, Latin music acts typically had two routes to U.S. success — sing in English, or build a Latin fan base with Spanish-language tunes, then cross over to the English-language market.

Now a growing group of artists like Pitbull, Prince Royce and Romeo Santos are making it big by singing in Spanish and English — sometimes in the same song — and winning over both markets simultaneously. And unlike the majority of artists singing in Spanish in the past, these artists are homegrown; they were born in the continental United States and grew up speaking English.

Royce, born Geoffrey Royce Rojas, earned fame last year with a bilingual version of Ben E. King’s classic “Stand by Me.” The song has been covered by John Lennon, Otis Redding and even U2, but Royce set it to the beat of bachata, the native folk music of the Dominican Republic.

The 22-year-old son of Dominican parents grew up listening to Michael Jackson, Eminem, Shakira and bachata king Juan Luis Guerra, and his self-titled debut album, released in 2010, was a top seller in the United States, Puerto Rico and Chile. His latest album debuted at No. 1 on the Latin Billboard charts and debuted No. 16 overall.

“I don’t sit around going ‘Whoa, I’m a bilingual artist,’ but there is this new wave where Latinos are catching a lot of interest in mainstream,” Royce said. “It’s cool. It encourages kids that even though they’re born in the U.S., they do have this Latin culture they can use.”

In the past, even U.S.-born artists like Marc Anthony gained fame singing mostly in Spanish before recording in English — or, like his soon to be ex-wife Jennifer Lopez, mostly in English before switching to Spanish. Still, most of the biggest Spanish-language artists who made it in the U.S. market were either from Puerto Rico, like Ricky Martin and more recently Wisin y Yandel, or Latin America, like Shakira (Puerto Rico is commonwealth of the United States).

Royce said he started with poetry in English, but a Spanish teacher encouraged him to pen lyrics in his parents’ native language. His mother became his toughest critic.

“That was a way for me and her to connect,” Royce said.

Leila Cobo, executive director of Latin content and programming for Billboard, said the big labels tried to market these kinds of bilingual U.S. artists in the past but got little traction. Yet with nearly 50 million Latinos in the United States, demographics are changing the game.

“It’s a thing that’s been simmering under the surface for a long time, but I think it’s finally reached its breaking point,” she said.

Nearly a quarter of American youth are Latino, and many want artists they can relate to — not artists who speak Spanish, but musicians who grew up comfortably in a bilingual, bicultural world. At the same time, Cobo believes non-Latinos are more open to bilingual artists.

Miami’s Armando Christian Perez, better known as Pitbull, has helped pave the way for a whole crop of mostly urban acts, including Royce.

In “Rain Over Me,” released last year, he raps: “Latin is the new majority, ya tú sabes (you already know)/Next step la casa blanca (White House).

The Cuban-American rapper has repeatedly topped the charts in Spanish and English, collaborated with Sean “Diddy” Combs and Lil Jon, and hosts his own Spanish-language show on NBC Universal’s bilingual mun2 channel.

Pitbull said Wednesday during the conference that he carefully chooses his words to ensure they are played on both English and Spanish radio and that they can be easily translated.

The Bronx-based group Aventura helped propel a resurgence of bachata mixed with hip-hop and R&B. Now the group’s lead singer Romeo Santos has become a solo star in his own right.

The networks have also created more spaces for these artists as they tap into this U.S. Latin market with their own bilingual, bicultural channels like mun2 and MTV’s Tr3s.

Tr3s helped propel Royce’s career through its digital platforms, and it is now promoting the career of up-and-coming Manhattan-born Eli Jas, whose family has roots in Chile, Panama and the Dominican Republic. Jas grew up listening to Mary J. Blige, Mexico’s Mana and Lauryn Hill. 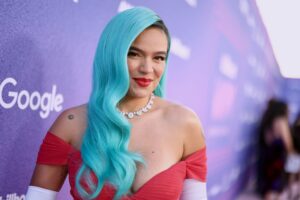 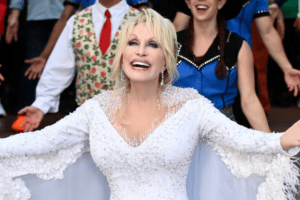