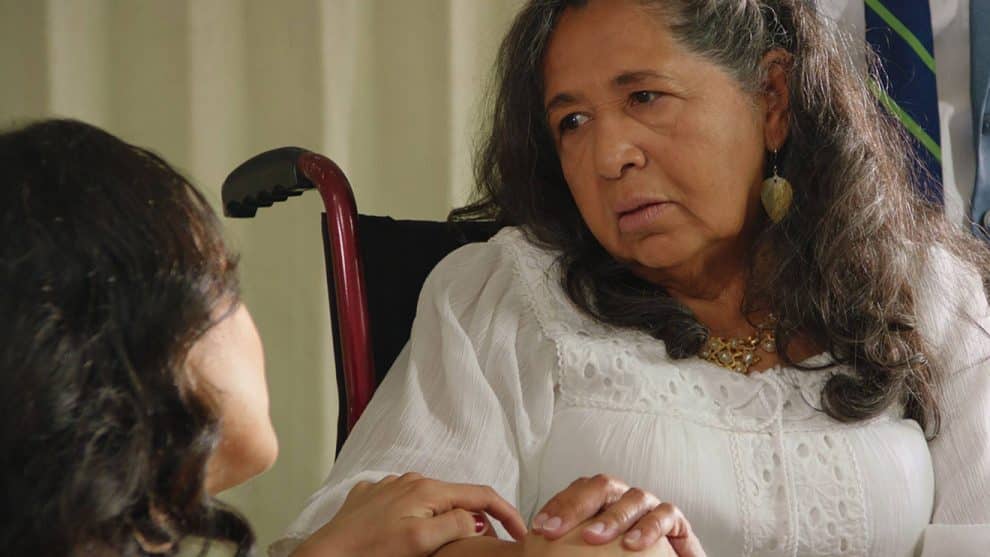 (Los Angeles, CA) – The new digital short film Amigas with Benefits, an LGBTQ story with an unexpected twist, will premiere in July on PBS.org as part of the 2017 PBS Online Film Festival.  Written and directed by Adelina Anthony and presented by Latino Public Broadcasting (LPB), the film is produced by AdeRisa Productions which also produced LPB’s Gold Star, the winner of the People’s Choice Award in last year’s PBS Online Film Festival.

Set in Southern California, Amigas with Benefits is a sly comedy/drama about two older lesbians whose nursing home wedding is disrupted by an uninvited guest.  The film deftly combines heart and humor to tell a delightfully subversive story at the intersection of LGBTQ and elder rights.

“We’re so pleased to share Amigas with Benefits through this year’s Online Film Festival,” says Sandie Viquez Pedlow, Executive Director of Latino Public Broadcasting.  “The festival is a great way for our emerging filmmakers to present their short films to a large audience that is passionate about seeing cutting-edge work from new and unique voices.”

Beginning July 17, the PBS Online Film Festival will be available via PBS and station digital platforms, including PBS.org, YouTube and PBS social media channels. The films will also be available via the PBS app on iOS, Android, Apple TV, Roku and FireTV devices. Viewers are encouraged to watch, vote and share their favorite film by going to pbs.org/filmfestival. The film with most votes will receive the “Most Popular” award.  Additionally, for the first time ever, a distinguished panel of eight jury members will select their favorite film of the festival for the “Juried Prize.” For updates on the festival, follow #PBSFilmFest on Twitter.

Amigas with Benefits will also screen at Outfest Los Angeles as part of their Latinx Ladies showcase on Wednesday, July 12.

About the Filmmaker
Adelina Anthony (Writer/Director) is a critically acclaimed and award-winning queer Xicana two-spirit lesbian artista who hails originally from San Antonio, Texas.  She works in various mediums and is best known for her provocative, comedic solo performances.  Along with Marisa Becerra, she co-founded AdeRisa Productions, and returned to film as an actor, writer, director and producer.