We are excited to share the new “Ransom Note” trailer for HORRIBLE BOSSES 2 the follow-up to the 2011 hit comedy. The team’s back in business but now there’s a new set of horrible bosses in town! 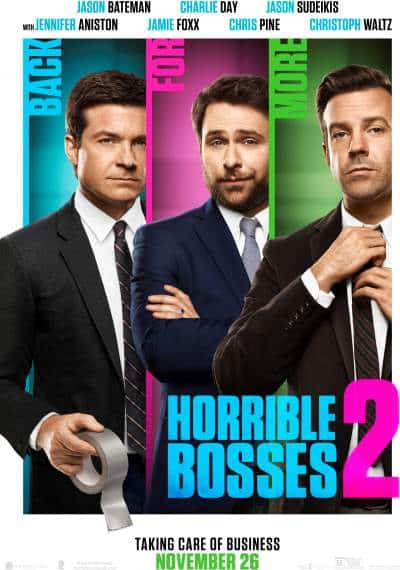 Fed up with answering to higher-ups, Nick (Bateman), Dale (Day) and Kurt (Sudeikis) decide to become their own bosses by launching their own business in “Horrible Bosses 2.” But a slick investor soon pulls the rug out from under them. Outplayed and desperate, and with no legal recourse, the three would-be entrepreneurs hatch a misguided plan to kidnap the investor’s adult son and ransom him to regain control of their company.

This film has been rated R by the MPAA for strong crude sexual content and language throughout.