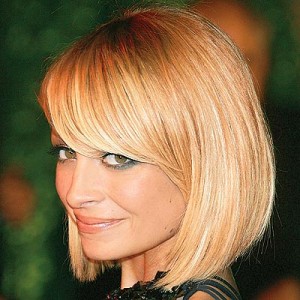 It’s no secret Nicole Richie is really into fashion, considering she has a couple of clothing lines, including one named after her daughter, Harlow. As the poster child for bohemian-chic, Richie is taking her fashion sense one step further with her fashion show debut of Fashion Star on NBC.

Nicole appeared on the cover of the March issue of California Style as part of her press tour for the show. The 30 year-old fashion goddess appears in a crisp white outfit on the front of the magazine, looking fresh and dewy just in time for spring.

Nicole celebrates her west coast lifestyle in her interview, saying,

“I’m a California cheerleader. I love the people and the weather. I love my personal space, and the older you get and once you start having children, you really appreciate that. It’s my home. I have history here. I have a lot of inspiration.”

Living in California has no doubt influenced her fashion sense, as she has to be looking her best for the tabloids and the paparazzi. You never know where you’ll find someone popping up and helping themselves to a photo-op of you to post on the web.

Living in Cali has also been a blessing to her family life as well. Richie shared,

“I have a very supportive family and husband and that makes it so much easier. My parents live here. They’re each 10 minutes away from me, and they’re very eager to come over even when I don’t want them to.”

When asked about her fashion success, Nicole admits it’s been a hard climb. She stated,

“There are people who’ve supported my dreams overall, and I’m so thankful for them. But it’s still a new business, and there are challenges every day. It’s definitely a lot of work, but I thrive on being challenged. I want to learn more and more every day.”

The young fashionista has made it this far and will surely have a lot more success. Her show, Fashion Star, is a lot like Project Runway in the sense that budding fashion designers will be showing off their creations and competing for a prize. There is one clever difference, however. People will be able to purchase the show’s creations almost immediately, bringing a new meaning to the term “ready to wear.”