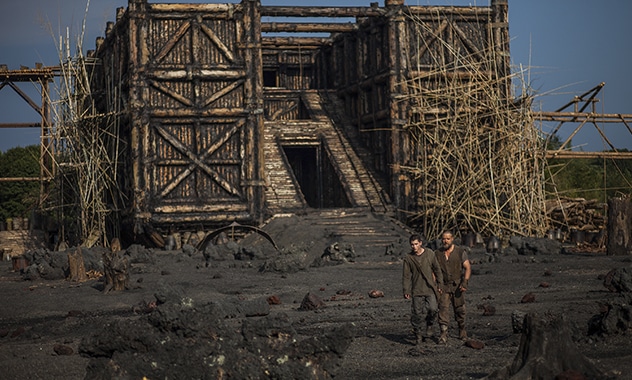 We wanted to share with you to “The Ark” (the Ark), a short film made by the production film NOAH where can see the director Darren Aronofsky and stars of the film Russel Crowe and Emma Watson discuss the details of the construction of the Ark and witness of magnitude behind scenarios.
NOAH will debut in theaters March 21, starring Russell Crowe, Jennifer Connely, Emma Watson, Logan Lerman, Douglas Booth, Ray Winstone and Sir Anthony Hopkins directed by Darren Aronofsky.

Find out how Darren Aronofsky built a real ark in a new featurette for NOAH:

Russell Crowe stars as Noah in the film inspired by the epic story of courage, sacrifice and hope. Directed by visionary filmmaker Darren Aronofsky.