Founders Entertainment is thrilled to announce the inaugural edition of The Meadows Music and Arts Festival, to be held this coming October 1st & 2nd at the Citi Field complex in Flushing Meadows Corona Park in the storied borough of Queens, New York. Featuring performances from Kanye West, The Weeknd, Chance The Rapper, Kygo, Grimes, The 1975, Bryson Tiller, Savages, Metric, Empire of the Sun, Chromeo, Kamasi Washington, Sylvan Esso, and many many more. The Meadows Music and Arts Festival will play host to 42+ artists across four stages, showcase a world’s fair of cuisine from around the globe, and feature a tour de force in craft cocktails from some of the finest mixologists around. The performance from The Weeknd will mark his only NYC area show in 2016, and the booking of Kanye West was born out of his weather related cancelled appearance at Governors Ball 2016. Founders Entertainment saw a booking for West at the new The Meadows Music and Arts Festival as a way to follow through on bringing him to New York City for his only North American festival appearance in 2016.

All past Governors Ball ticket purchasers will receive a promo code via email for The Meadows Music and Arts Festival pre-sale that launches tomorrow, Wednesday, June 22nd at 11 AM EST. A general on sale will follow on Thursday, June 23rd at 11 AM EST.

Full festival lineup and poster below.

Founders Entertainment is proud to partner with Metropolitan Hospitality,a subsidiary of the New York Mets, and the Flushing Meadows Corona Park Alliance as they launch The Meadows Music and Arts Festival this fall. As born and bred New Yorkers, an important pillar of the plan for The Meadows Music and Arts Festival is civic engagement with the Queens communities surrounding the event. Founders Entertainment has maintained a long track record of giving back to the neighborhoods its festivals and events call home by working with and donating to local organizations, nonprofits, and community groups. In 2015 alone their Governors Ball Music Festival generated hundreds of jobs and millions of dollars in economic activity and wages for NYC, with many of those jobs created in the East Harlem and South Bronx neighborhoods surrounding Randall’s Island. Through similar partnerships with local organizations in Queens, Founders Entertainment look forward to bringing the same economic impact and benefit to the Flushing Meadows Corona Park area and greater NYC through The Meadows Music and Arts Festival.

“Launching the Meadows Festival in Queens this fall with an incredible lineup of music, art, food and culture is a dream come true. As a native New Yorker I grew up in awe of the innovative spirit surrounding Flushing Meadows-Corona Park. With this event we can shine a spotlight once again on this iconic neighborhood and bring with it the economic benefits, strong community partnerships and local hiring for which Founders Entertainment is known. We are so grateful to the de Blasio Administration and Metropolitan Hospitality for giving us this opportunity and to all the artists who have enthusiastically agreed to take this inaugural ride with us.”

A major element to The Meadows Music and Arts Festival will be the careful curation of a wide selection of featured food vendors and craft cocktails available to satisfy the hungry crowds at the event. The festival will embrace the amazing culinary diversity of Queens and New York City in general, following an attention to detail and immaculate taste similar to Governors Ball’s stellar food line up, which in 2016 won praise and attention from Food and Wine, New York Daily News, AM New York, In Style, and many others for what GQ described as the “culinary glory” found at the festival. The Meadows Music and Arts Festival will further expand upon this element of the festival experience, while adding a selection of craft cocktails to the menu in celebration of a city with a bar scene that helped put the art of bartending back in vogue. Food and craft cocktail lineup to be announced soon.

Six years ago a couple of born and bred New Yorkers in their late 20s quit their day jobs and decided to embrace the challenge of launching a modern day music festival that New York City could call its own. With several successful sold out years of Governors Ball under their belts, Founders Entertainment are looking forward to bringing their fellow straphangers from across the five boroughs and music festival fans throughout North America and around the world a unique new live music experience in The Meadows Music and Arts Festival. 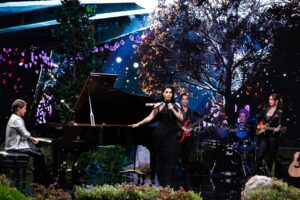 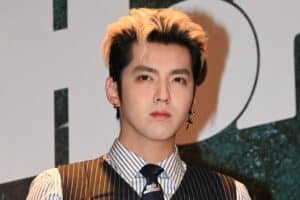 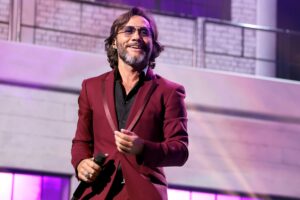 2022 World Cup: Ultimate Playlist to Stream For the Mexico-Argentina Match

Actress Selma Blair Had To Be Taken Off Plane On A Stretcher
U.S. Release For Whitney Houston Documentary Gets Official Release Date