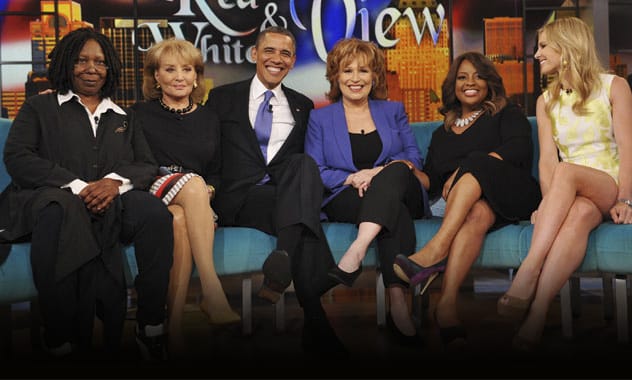 President Barack Obama and his wife, Michelle, will make their first joint appearance on the daytime show “The View” next week.

The show says the Democratic president and first lady will tape an episode Monday to air Tuesday. Obama’s appearance in July 2010 was the show’s most-watched episode ever.

GOP challenger Mitt Romney might not be far behind. Romney said in private remarks to donors made public this week that going on “The View” is high risk because of the sharp-tongued female hosts, only one of whom is a conservative.

That conservative, Elisabeth Hasselbeck, said Wednesday that she had reached out to Romney, and the campaign said he’d love to come on the show in October.