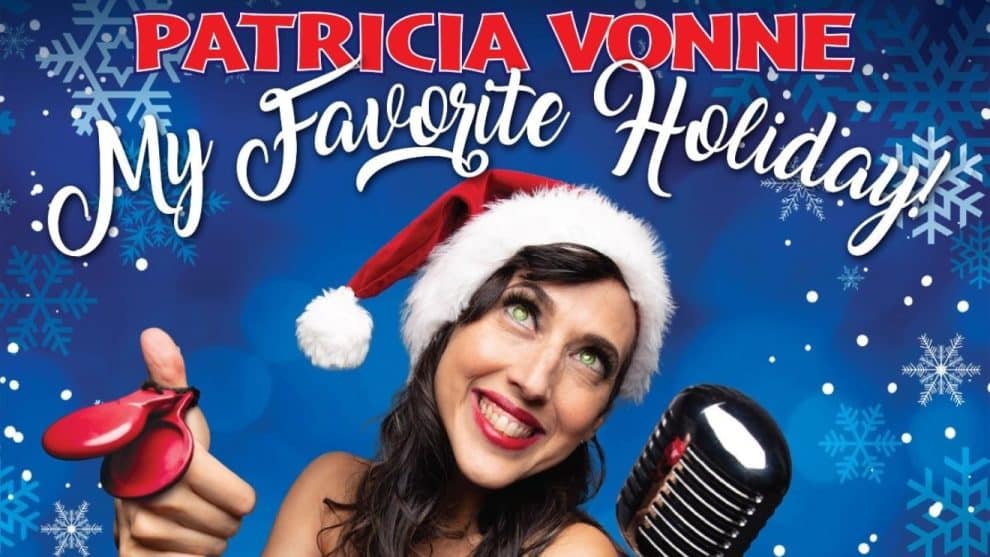 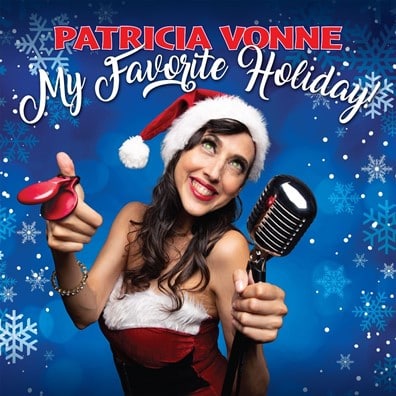 Patricia Vonne, the multi-talented musician, actress, award winning filmmaker & two-time SXSW best female vocalist winner, is back with a new album My Favorite Holiday on her label Bandolera Records. The album is Patricia’s ode to the most special time of the year featuring 10 original songs (and 1 cover) with the help of an all-star cast including Rubén Blades, David Grissom, Alex Ruiz, Rosie Flores, Stephen Ferrone on drums (Tom Petty), Carmine Rojas on bass (David Bowie), and more! The album, which is out now is produced by Rick Del Castillo.

To singer-songwriter and San Antonio native Patricia Vonne, Christmas meant gathering with her parents and nine siblings and making music and enduring holiday memories, especially the festive Holiday River Parade, which features floats carrying scores of entertainers (including, in 2019, Vonne herself). Christmas is, and always has been, as the title of Vonne’s new album puts it, My Favorite Holiday.

“As children, we would perform ‘We Need a Little Christmas’ and other Christmas favorites with big candy canes and perform for our family and friends,” she recalls. “Another family favorite is singing ‘Carol of the Bells,’ which I include on this album to invite the world into our family through music.” On My Favorite Holiday, Vonne performs the acapella classic with her four sisters and the stately performance is just one aspect of a holiday album that embraces both the joyous and the solemn aspects of the season. Vonne adds, “My sisters recorded from 4 different cities in 3 states! I am thrilled to share their voices and this song with the world.”

In the spirit of the former, the album opener, “Santa’s On His Way,” is a pop-flavored invitation to kick off the holiday festivities featuring a lush piano and orchestral arrangement by Scott Plunkett of Chris Isaak fame. Originally intended as a one-off single, Vonne says it inspired the full-length album project with producer Rick Del Castillo at the helm. As to the latter, less upbeat realities that are also part of the seasonal package, “Alone On Christmas Day,” co-written by Austin ace guitar-slinger David Grissom, envisions the holiday among the sad and stoic homeless (“No stockings hung, no scent of evergreen…) Inspired by Vonne’s own volunteer work, the song has what she calls “a Tom Petty feel,” enhanced by Petty’s drummer Stephen Ferrone and David Bowie bassist Carmine Rojas.

As she often does on her records, Vonne (born Patricia Vonne Rodriguez) proudly celebrates her Hispanic heritage by adding a strong bilingual vocal and musical flavor to My Favorite Holiday. “Nochebuena” begins as a delicate lullaby before swelling into a sweeping and passionate arrangement celebrating what Vonne calls “the true meaning of Christmas. (Co-writers) Rick Del Castillo and Alex Ruiz lent beautiful lyric that touch upon the divine light of mercy, the miracle of God and salvation.” “Las Posadas” is inspired by the tale of Joseph and Mary’s night journey to Bethlehem, and the classic Spanish passion play it inspired. On the track, Vonne is joined by salsa and Latin jazz giant Rubén Blades and the pair put a bouncy cumbia spin on the ancient tale.

And “Cumbia Navidad” is exactly what it sounds like, an ebullient, multi-lingual celebration of a San Antonio Christmas, which Vonne wrote to perform at her beloved Holiday River Parade.

In a lighter vein, the title track lets Vonne celebrate her inner Brenda Lee with an ebullient pop arrangement featuring Johnny Reno blowing red-hot saxophone. And Santa is ready to throw down, too, in the ferocious rocker “Old Man Santa!” powered by legendary drummer Thommy Price (Billy Idol, Joan Jett). (“Old man Santa’s cruisin’ down the hill/Used to drive a Chevy now he rides a Coupe de Ville…Bag bull of goodies, guitar on his back”), as well as “Santa’s On A Rampage,” a smokey rockabilly number that features Vonne’s San Antonio sister-in-arms, Rosie Flores and longtime Chris Isaak sidekick Rowland Salley on bass.

Vonne says she always has felt doubly blessed because her birthday falls six days before Christmas, and she wants to share that spirit with listeners. She concludes, “What makes this release special is that this album is a Christmas miracle. During the COVID lockdown, I did Facebook live performances every week to raise money for the San Antonio food bank. I was profoundly moved by the generosity of  spirit my fans, friends and family showed my grassroots efforts.  Together we raised over $11,000. Enough to provide over 75,000 meals. When I reached out to my musical warriors, they said, “yes” along with my fearless producer Rick Del Castillo whose herculean efforts and talent truly made this album possible. She adds, “This is a gift to my family, friends and loyal fans around the world, who have given me courage, lifted me up, and supported me on my musical journey.”

So, with My Favorite Holiday, San Antonio’s native daughter brings a gift to the Alamo City and the world to all the good girls and boys.