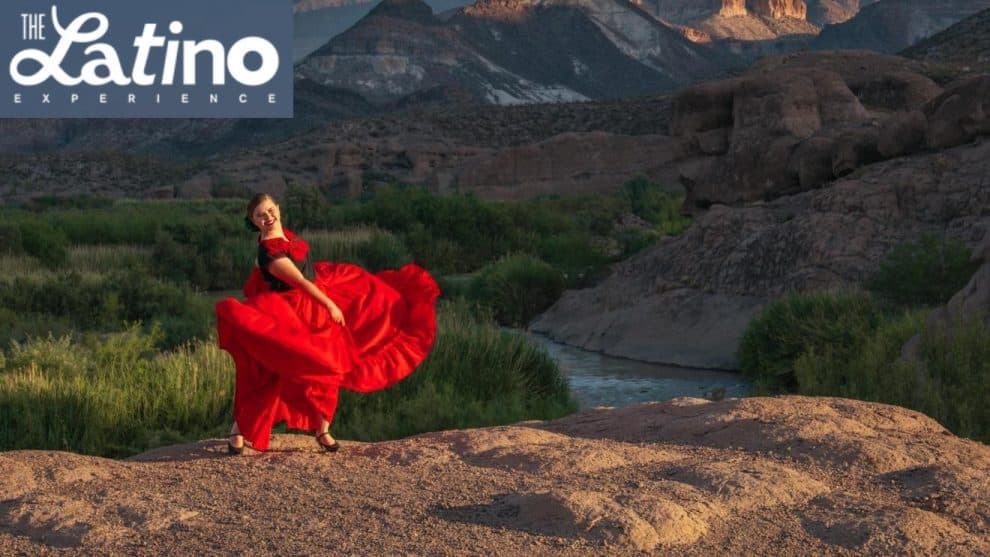 ARLINGTON, VA (May 27, 2021) – As part of its commitment to support and present diverse content created by a broad array of storytellers, PBS presents THE LATINO EXPERIENCE, a new three-part anthology series of short fiction and nonfiction films. The series premieres Tuesdays, July 6-20, 2021, 9:00-10:00 p.m. ET (check local listings) on PBS, PBS.org and the PBS Video app. Featuring 13 original films made by filmmakers working across genres, the shorts explore a wide range of experiences, perspectives and styles to highlight the rich diversity of the Latino/a/x community across the United States and Puerto Rico. From dramas to documentaries, comedies to magical realism, THE LATINO EXPERIENCE showcases an exciting lineup of creative talent, both in front of and behind the camera.

“We are excited to highlight and share THE LATINO EXPERIENCE, a compilation of shorts that showcase the wide-ranging talent, diversity and complexity within the Latinx community in the U.S. and abroad,” said Wendy Llinas, Senior Director, Programming & Development, PBS. “These narrative and scripted shorts reflect the joy, creativity, courage, humor, pain and resilience in our communities with top-notch authentic storytelling that reflects the many lived experiences of Latinos/as/x at this moment in history.”

Films included in THE LATINO EXPERIENCE were selected from entries received by PBS following a call for submissions in August 2020. Chosen by a panel of experienced filmmakers, the shorts received funding support as well as a national broadcast as part of the series.

“Death and Deathability: A Period Piece.” Mystified by the unexpected arrival of her first period, Ceci (Blanca Ordaz) concludes she must be dying. She prepares a bucket list to accomplish on her final day, including her first real kiss and her own funeral, because death should be an art. Written, directed and produced by Maria Victoria Ponce. Produced by Sofia Cortez, Vincent Cortez and Heather MacLean.

“Folk Frontera” is a magical-realist portrait of life in the borderlands. The film follows two fronteriza women as they struggle to find their place in the vast Chihuahuan Desert, a region whose culture is thousands of years old, but which is bisected by the U.S.-Mexico border. Directed and produced by Alejandra Vasquez and Sam Osborn. “Folk Frontera” is a co-presentation of INDEPENDENT LENS.

“The Blue Cape” is set in hurricane-ravaged Puerto Rico two months after Maria hit the island. Ten-year-old Junior (Yanniel A. Arce Rivera) is summoned by his mother to search for the medicine his grandfather so desperately needs. To embark on his journey, Junior wraps himself in a cape made from the blue tarp that covers his roof. Written, directed and produced by Alejandra López. Produced by María José Delgado.

“Dear Queer Dancer” follows two LGBTQ trailblazing couples­—Angelica and Jahaira and Luis and Ngoc—on their way to compete at the World Latin Dance Cup. Defying the genre’s legacy of machismo, their message to the Latin dance world is “make room. We’re here.” Directed and produced by Sarah Taborga.

“Un Pequeño Corte” reveals what happens when 6-year-old Elizabeth (Lucia Malagon) cuts off one of her pigtails while at school and must face the consequences. Her strong-willed and super protective mother (Camila Arteche) rushes Elizabeth to the beauty parlor, where she is the center of attention for all the wrong reasons. A first-generation Cuban American in Miami, Elizabeth seeks to find her own identity with the help of a new friend. Written, directed and co-produced by Mariana Serrano. Produced by Mark Pulaski.

“Body and Spirit in Times of Pandemic” follows Edwin Siguenza, a Guatemalan immigrant truck driver and pastor of a Latino Evangelical church in Los Angeles. When the pandemic hits, Edwin has to navigate the risks of being an essential worker while attending to the needs of his congregation and the pressure to keep the church open. Directed and produced by Andrés Caballero.

“Our Lady Lupe” is the story of Chico, a 10-year-old boy (Derrick Delgado) who spends all his time playing video games. When his hard-working mother’s car breaks down, Chico embarks on a journey to fix it with the help of a mystical mechanic—and learns a lesson about tradition and family. Written, directed and produced by Dominique Nieves.

“Pasos de Valor” tells the story of Val (Nathalie Carvalho), a pregnant MBA student whose due date and final exam are in conflict. Determined to create opportunity for her Mexican American family, Val takes the exam despite her professor’s refusal to make accommodations. Written, directed and produced by Natalia C. Bell, the film is inspired by the director’s own birth story.

“Mi Fango, Mi Cerro” is a portrait of Chemi Rosado-Seijo, an artist who yearns to find utopia in Puerto Rico. After a long search, he believes he finds it in El Cerro, a rural, working-class community nestled in the mountains. For 10 years, he works with the community to paint houses across the hillside in different shades of green. Directed and produced by Julia Mendoza Friedman.

“The Daily War” is the story of a veteran (Adelina Anthony) and her son, who struggle to make ends meet. When a job opportunity presents itself, it ends up triggering her PTSD. Directed and produced by Karla Legaspy. Co-produced and written by Adelina Anthony. “The Daily War” is a co-production with Latino Public Broadcasting (LPB).

“Cuban American Gothic” is the comic and slightly surreal story of Maggie (Maggie Diaz Bofill), who is living alone in New York City during the early 2020 pandemic. When her Cuban parents return from the dead to help, they remind her of their immigrant journey and that they have given her everything she needs to rise above the moment. Inspired by an original monologue by Bofill, the film is produced and directed by María Teresa Rodríguez and co-produced by Bofill.

“Noche Buena” takes place on Christmas Eve as a dysfunctional Cuban family gathers around the dinner table. Caro (Erica Adams) struggles to get through the night as everyone grapples with political correctness, current events and the incessant battle between left and right. As resentment escalates into verbal and literal diarrhea, they uncover hard truths about themselves—all before the ﬂan. Written and directed by Andres Rovira and produced by Rovira and Ray Tezanos, who also stars as Javi.

Bill Gardner and Wendy Llinas are Executives in Charge for PBS for THE LATINO EXPERIENCE.

THE LATINO EXPERIENCE will stream simultaneously with broadcast and be available on all station-branded PBS platforms, including PBS.org and the PBS Video app, available on iOS, Android, Roku, Apple TV, Amazon Fire TV, Android TV, Samsung Smart TV and Chromecast.

PBS, with more than 330 member stations, offers all Americans the opportunity to explore new ideas and new worlds through television and digital content. Each month, PBS reaches over 120 million people through television and 26 million people online, inviting them to experience the worlds of science, history, nature and public affairs; to hear diverse viewpoints; and to take front row seats to world-class drama and performances. PBS’s broad array of programs has been consistently honored by the industry’s most coveted award competitions. Teachers of children from pre-K through 12th grade turn to PBS for digital content and services that help bring classroom lessons to life. Decades of research confirms that PBS’s premier children’s media service, PBS KIDS, helps children build critical literacy, math and social-emotional skills, enabling them to find success in school and life. Delivered through member stations, PBS KIDS offers high-quality educational content on TV— including a 24/7 channel, online at pbskids.org, via an array of mobile apps and in communities across America. More information about PBS is available at www.pbs.org, one of the leading dot-org websites on the internet, or by following PBS on Twitter, Facebook or through our apps for mobile and connected devices. Specific program information and updates for press are available at pbs.org/pressroom or by following PBS Communications on Twitter.