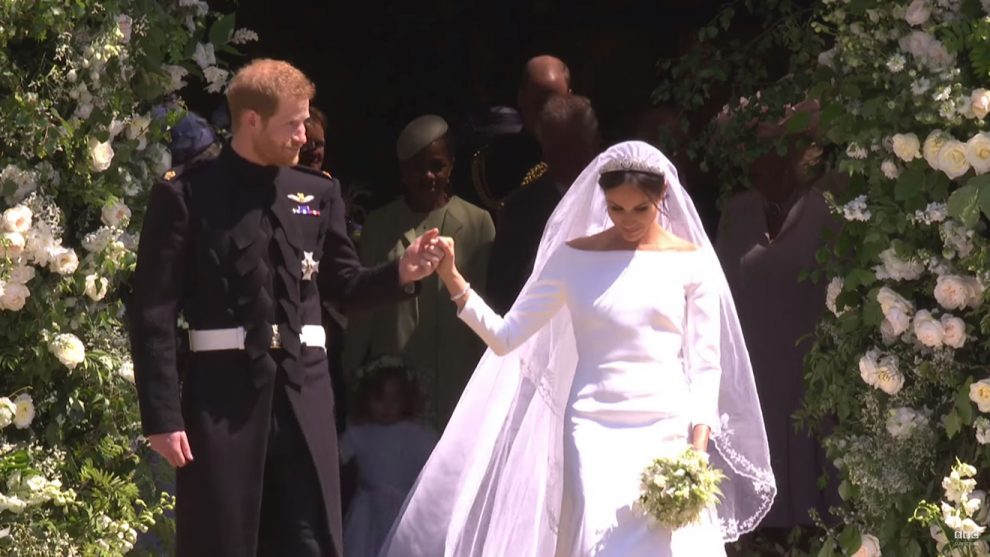 The official royal wedding photos are here and don’t they all look happy.

Kensington Palace issued a statement declaring the two “delighted” with the pictures and happy to share them.

“The Duke and Duchess of Sussex would like to thank everyone who took part in the celebrations of their wedding on Saturday,” the statement said. “They feel so lucky to have been able to share their day with all those gathered in Windsor and also all those who watched the wedding on television across the UK, Commonwealth, and around the world.

“Their Royal Highnesses … would also like to say thank you for all of the generous messages of support they have received.”

One picture shows Harry and Meghan with their family and their pageboys and bridesmaids, including Queen Elizabeth II and Prince Philip, Prince Charles and his wife Camilla, Duchess of Cornwall, Meghan’s mother, Doria Ragland, Prince William and Duchess Kate of Cambridge, seen holding Princess Charlotte on her lap.

The second picture shows the couple with their pageboys and bridesmaids, including Prince George and Princess Charlotte of Cambridge. In this picture, George, 4, is grinning, as if he were saying “cheese,” while Charlotte, 3, has a broad smile on her face.

The other children are (from left to right): Brian Mulroney (who stole the show with his gap-toothed grin as he trailed Markle into the chapel), Remi Litt, Rylan Litt, Jasper Dyer, Ivy Mulroney, John Mulroney, Zalie Warren, and Florence van Cutsem. All are the offspring of friends of Harry or Meghan.

The third picture is a black-and-white shot of the couple together on the East Terrace of Windsor Castle.

Lubomirski, a former assistant to Mario Testino (who shot Princess Diana’s iconic 1997 Vanity Fair spread), also snapped Harry and Meghan’s engagement photos and attended the wedding. He said it had been an honor to serve as official photographer.

“It has been an incredible honor and privilege to document The Duke and Duchess of Sussex’s inspiring journey of love, hope and family; from the engagement photos, all the way through to the official wedding and family portraits on Saturday,” he said in a statement issued by the palace.

“This has been a beautiful chapter in my career and life, that I will happily never forget.”