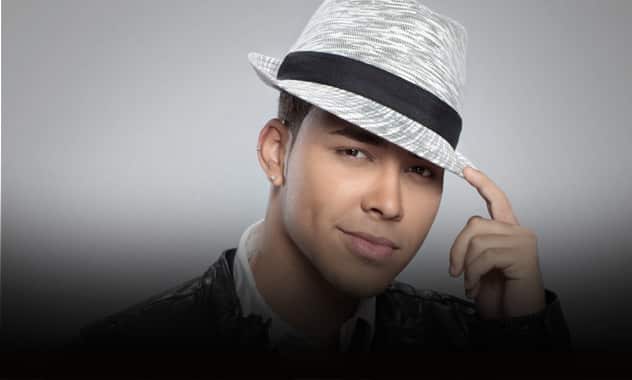 Prince Royce, the biggest breakthrough artist the Latin music industry has seen in years, celebrated the release of his second album, PHASE II, alongside thousands of fans at autograph-signing events in New York, Chicago, Houston and Los Angeles.  PHASE II has been the # 1 selling Latin album on iTunes since its April 10th release, remaining at the top spot on their Latin Albums chart all week.

“I have enjoyed sharing PHASE II’s debut week with my fans because I believe that I owe the level of success I have been able to reach, to them. I am really grateful for the warm welcome and unconditional support that they have given me,” expressed the young singer-songwriter.

During PHASE II’s week of release, Royce met thousands of fans at four autograph-signing events throughout the US, breaking an attendance record at the FYE store in Chicago, where no other artist (Latin or mainstream) has attracted bigger crowds nor sold as many albums at an in-store event. The artist sold an estimated 800 albums at each one of these events.

“PHASE II” contains 13 brand new tracks.  In addition, Wal-Mart and iTunes offer versions which include bonus content, Wal-Mart with an exclusive CD/DVD bundle and iTunes with an additional acoustic version of “Las Cosas Pequeñas” and a digital booklet containing images of the artist’s original songwriting notes which became the lyrics on the album.

The album’s second single, “Incondicional” is a romantic fusion of Bachata and Mariachi music composed by Royce, Sergio George and Daniel Santacruz, which promises to become even more successful than “Las Cosas Pequeñas”. This song debuted at #10 in digital sales on iTunes without having had any radio airplay.

The album also contains romantic and very danceable Bachata tracks such as “Te Me Vas” and “Eres Tu”, as well as the powerful “Dulce” which is included in a Bachata version and an acoustic version of Royce’s melodic voice accompanied only by renowned pianist Arthur Hanlon. “Dulce” is dedicated to young single mothers and promotes a message of strength and hope.

Royce’s self-titled debut album has been certified triple platinum in the US and Puerto Rico and double platinum in Chile.  In addition to winning a significant number of awards and recognitions in the last two years, Royce recorded hit songs with superstars Maná and Daddy Yankee and toured the US with Enrique Iglesias and Pitbull.  He recently had the honor of performing at the prestigious Viña Del Mar Music Festival where he garnered the top honors – something unprecedented for a young developing artist.

Prince Royce is a two time Latin Grammy nominee and has won 7 Premio Lo Nuestro, 4 Premios Juventud and 4 Latin Billboards. He is currently amongst the top nominees for the 2012 Billboard Latin Music Awards with twelve nominations and is set to perform one of his new songs from “PHASE II” at the award show on April 26th.