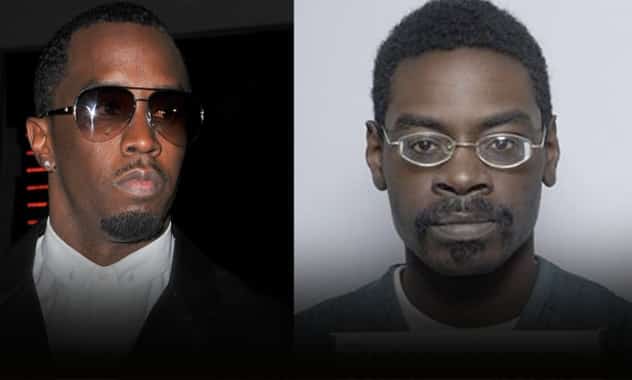 The Ciroc Boys weren’t in the building, but someone else was.

An unemployed, mentally ill fan broke into Diddy’s East Hampton mansion and partied like the man himself, cops said yesterday. Quamine Taylor, 30, of Jamaica, Queens, lived like Diddy — who was away at the time — for nearly 24 hours in the massive manor, feasting on flossy food and liquor and playing dress up with the mogul’s clothes.

Taylor actually pulled the stunt at the same house more than 10 years ago, claiming he was Diddy’s cousin when cops found him intoxicated by the pool. “I’ve actually been going to the house from time to time since 2001. I stay there a lot, but Sean gets funny sometimes about me staying there,” Taylor told The New York Post yesterday from Suffolk County Jail, making an instant favorite for understatement of the year.

“He grew up listening to [Diddy’s] music,” Taylor’s mom said. “He has a long history of mental illness, and he has been off his meds for a while. We have been trying to get him some help.”

This time, Taylor got the party started by managing to get around Diddy’s security gate and then finding an unlocked basement door. Taylor raided the fridge, liquor stash and closets, though at 6-foot-5, he was most likely giving new meaning to the name Biggie Smalls. He tripped an alarm at 1 a.m. but managed to convince the security-company rep and a police officer who responded that he was a member of Diddy’s family, and thus was allowed to stay.

“They really didn’t bother me once I told them who I was,” Taylor said.

But Taylor couldn’t fool the caretaker who found him at 4 p.m. on April 1 and called the cops.

“I got a good night’s sleep, but it’s not anything too special,” Taylor said of Diddy’s crib. “It’s just like a three bedroom.”

Still, Taylor insisted he just wanted a little vacay. “I really didn’t go to Diddy’s house because I’m a big fan of his. I just wanted to get out of the city for a while. I was actually hoping to stay like 15 to 17 days,” he said.

Taylor was booked on trespassing and petty-larceny raps and is being held in lieu of $2,000 bail.