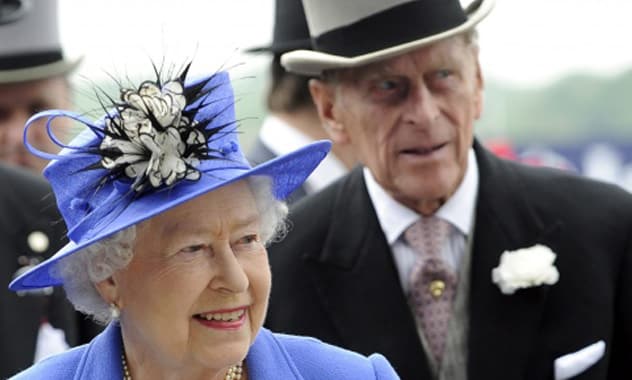 Arriving shortly after 5 p.m., the Queen, 86, smiled broadly for photographers as she climbed into the royal Bentley following her visit, reports the Telegraph.

On Monday, Philip, who will turn 91 on Sunday, was rushed to the hospital from Windsor and diagnosed with a bladder infection.

Despite his condition – and his having missed the final two days of the Queen’s Diamond Jubilee festivities – Philip was said to be in “good spirits” and responding to antibiotics, having “improved considerably” since his admittance, according to a statement from Buckingham Palace on Wednesday.