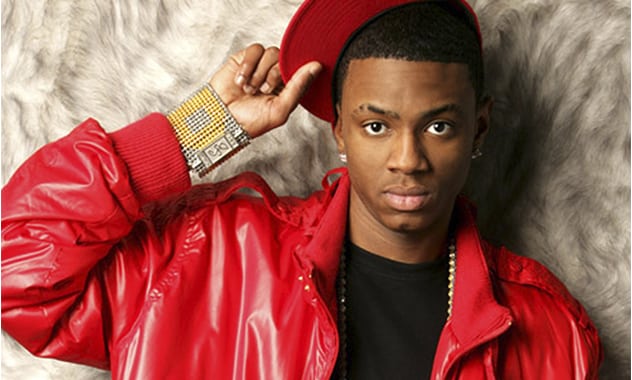 Rapper Soulja Boy was arrested Wednesday morning, Jan. 22, after he was found carrying a loaded gun during a traffic stop.

Soulja Boy, real name DeAndre Cortez Way, was in Los Angeles’ San Fernando Valley when the car he was riding in was pulled over for running a stop sign, TMZ reported. Cops found him with a loaded gun and arrested him on the spot, per TMZ.

This is not the first time the rapper has been taken into custody on a weapons charge.

Soulja Boy was arrested during a 2011 traffic stop in Georgia after police found marijuana, cash and guns in the Cadillac Escalade he was riding in, the Los Angeles Times previously reported. He and four other men were booked on felony charges, including marijuana possession and possession of a firearm during the commission of a crime.

The 23-year-old, most famous for his 2007 breakout single, “Crank That (Soulja Boy),” made headlines last month when Drake released “We Made It,” a freestyle track which uses audio from Soulja Boy’s “We Made It,” off his “The King” mixtape.

Last year, he talked about his quick rise to fame during an interview with Complex.

“You got some rappers, that’s been rapping 10-plus years, they just now getting their first million,” he said. “My first year I started off, I did my first million dollars when I was 17. Of course that’s going to come with some haters.”