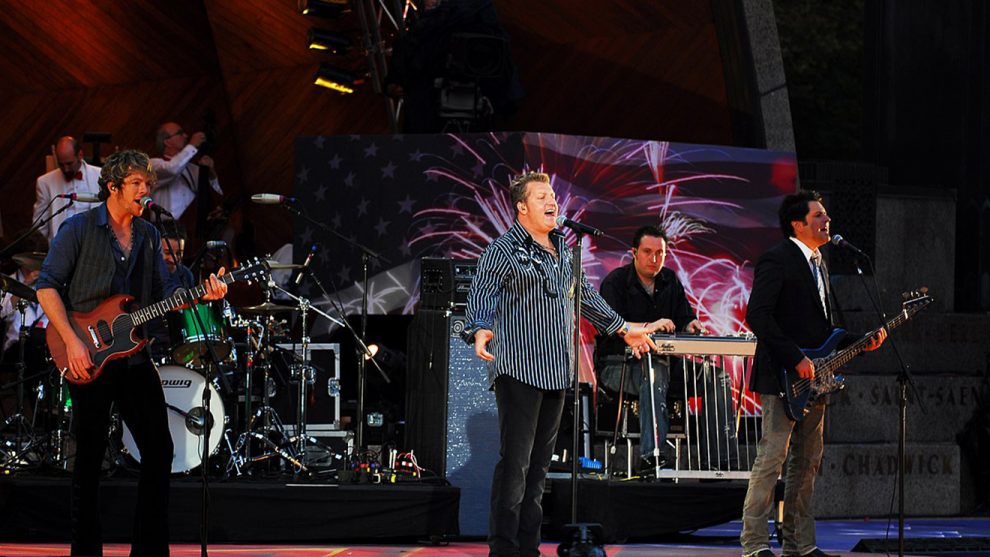 Rascal Flatts were forced to cut their Thursday night (Aug. 9) concert in Noblesville, Ind., short due to what the trio says was a “security concern.” An “open investigation” is underway.

According to the Indianapolis Star, the Flatts’ concert at Noblesville’s Ruoff Home Mortgage Music Center ended abruptly, before an encore. A fan named Andy VonDielingen tells the newspaper that the band had said their goodnights, but that the country trio’s piano player started to play another song, as though an encore was coming. However, he then “just stopped and left.”

Video of Rascal Flatts piano guy being told to stop playing and get off stage. pic.twitter.com/tWqrmoGyJ6

“A few minutes later, lights come on, and security is pulling some guy looking to be in his 20s out of the pit,” VonDielingen explains. “Everyone is standing around, looking at each other and wondering what is going on.”

Another fan, Britni Sherlock, reports that an announcement explained that the show was over, and “everyone boo’d.” Sherlock says she kept waiting around until a security guard came over and told people to leave.

“I asked what was going on,” she says, “and he replied, ‘We were told to evacuate the pavilion immediately.'”

According to the Star, Hamilton County Sheriff’s spokesman Bryant Orem said an “open investigation” into the incident is underway. On Friday morning (Aug. 10), Rascal Flatts explained the situation over social media.

Indianapolis – Due to a security concern at the show last night, standard procedures were quickly executed and everyone was able to safely leave the building.

“Standard procedures were quickly executed and everyone was able to safely leave the building,” the trio says. “The safety of our fans, band and crew is always the top priority for us, so we are so thankful for everyone who jumped into action and for your understanding. We will be back soon!”

Rascal Flatts are currently on the road for their summer Back to Us Tour. Dan + Shay and Carly Pearce are their special guests for the trek.