Did you see “The Story So Far”? I did, because I’ve watched the show for the last two weeks. Seriously, ABC, how far do you have to drive the hook into your “DWTS” audience anyway? Is it not enough to turn two minutes of information into an hour-long reveal?
First, let’s look at the show’s three athletes. Hines Ward is becoming a dancer. Chris Jericho is becoming a dancer. Sugar Ray Leonard is not. Hines is safe. Chris is safe. Sugar Ray will find out his fate later. Mwahahahaha!
Chris Brown performs “Yeah 3X” from his new album “Fame.” I guess you can break a network and “GMA” and the network will still let you perform if they think you’re a big enough star. A kid with a fauxhawk breakdances. A lot of people dance in brightly colored suits. Chris Brown dances. In short, there’s a whole lot of activity to distract us from the fact this is a pretty mediocre dance tune. Yay.
Now we look at our three actors. So glad “DWTS” came up with such a clever way of categorizing our contestants, because really, it was hard to keep them straight. Kirstie Alley is safe, Ralph Macchio is safe, and that chick I’d never seen before, Chelsea Kane, well, she’s safe, too. Sugar Ray must be feeling pretty lonely backstage.
Backstage, Brooke asks Chelsea if she wants to hit Mark for making her dance outside the box. She says she’d like to do something more traditional next week, so the answer is yes. Ralph and Kirstie are going to work really hard.
But enough of these celebrities! Oh wait, look, it’s Mark Cuban, he’s on “Shark Tank.” Anyway, it’s time to meet The “DWTS” Troupe. Peta is a hot blonde. Tristan is a joker with an accent. Ted is friends with Maksim. His older sister is Nicole, and she likes to flirt. And is also in the dance troupe. Oksana comes in a small package. Kiki is a guy with an awful name. They will be dancing on the results shows going forward. And I need to know them why? I’m not saying they’re all not very attractive and very talented. I’m just saying I don’t care.
Next on the block are Romeo and Psycho Mike. Romeo is safe. Psycho Mike… will have to wait to find out if he’s safe or not.
Time for a behind the scenes look at how well the contestants are getting along with their partners. Kirstie has chemistry with Maks not unlike the chemistry she would have with a leading man, which is hot hot hot and then kick him to the curb. Kendra has obnoxious chemistry with her partner. That’s so apropos. Anna tortures Sugar Ray, but he seems to like it. Chris says Cheryl is the flared satin pants in their relationship. I don’t think Chris always feels a need to make sense. Wendy Williams burps.
Chris Brown returns to perform “Forever.” He wears white, which is a good thing as I think this is the number one wedding processional of the last five years. Unfortunately, instead of boogying bridesmaids we get “Tron” dancers. Which are just fine. Oh, this song makes me nostalgic for the days when Chris Brown was making truly infectious dance music and we didn’t know he had anger management issues.
Backstage, Wendy says she should have gotten tens, but that’s just  her opinion. Petra is smiley and optimistic. Kenda is kinda nervous but not as nervous as she was about performing.
Now, we have the three people who defy categorization. In other words, a talk show host, a model and a chick who used to show her hooters in magazines. Kendra informs us that she has stinky armpits. Just because she’s blonde and she’s gross doesn’t mean she’s Jenny McCarthy and it doesn’t mean we need two of them anyway.
Kendra is safe, unfortunately. Petra is safe. Wendy is… not so safe.
Okay, final three are Sugar Ray, Wendy and Psycho Mike. Wendy is safe. So, time for the judges to talk smack about Sugar Ray and Psycho Mike. Len has nothing but respect for them because they tried. That’s one step above telling them he respects them for breathing. Going home is… Psycho Mike. Sugar Ray has to ask his partner Anna what’s going on. Sugar Ray, please don’t be another case of dementia pugilistica because it will so bum me out.
Psycho Mike is very gracious in getting the boot and thanks everyone, including Kevin and Bean and the Loveline staff, and he seems just as unsurprised as pretty much everyone that he’s packing his bags. Tom Bergeron congratulates him on being in the totally awesome company of David Hasselhoff. Can’t say this was a surprise – sorry, “DWTS,” no matter how hard you try, you cannot create drama where there is none.
Do you think Psycho Mike should have gone? Are you excited about The “DWTS” Troupe? Did you watch “The Story So Far”?
By Liane Bonin – Chris Brown shows off his dance moves and the first contestant is eliminated 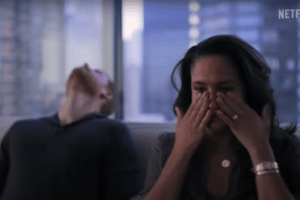 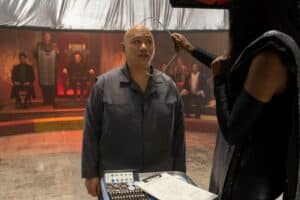 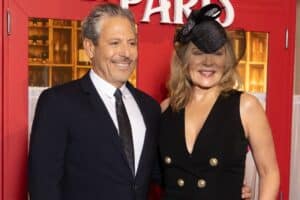