Reading the buzz on Twitter this week, I kept seeing the phrase “game-changer” being tossed about like so many numbers in Alterna-Astrid’s head. I’m always leery of that phrase, since it’s used so often that it’s essentially devoid of meaning at this point. It’s the critical equivalent of the Red Queen repeatedly screaming “Off with their heads!” in “Alice in Wonderland”: after a while, it’s simply sound and fury signifying nothing. An episode like “Through the Looking Glass” in “Lost” managed to be the best of both worlds: a Lewis Carroll-inspired episode that managed to TRULY be a game changer. But most of the time, the hype surrounding a game-changing episode is simply that: hype.

Now, “Bloodline” is an excellent episode of “Fringe,” don’t get me wrong. It’s just not a game-changer. It’s a table-setter. It’s a remarkably efficient and entertaining table-setter, but it’s an episode in which the long-abandoned Over There/Earth-2 got some plot momentum to match the actions over here. There are many that seem to be over Over There, feeling that it served its purpose in the early part of this season and need not take up so much valuable screen time as the show hurtles towards what is finally, officially, a SEASON finale and not a SERIES finale. But time spent Over There really is as valuable as any time spent in more familiar territory in our particular parking spot in the multiverse.

We’ve only seen events Over There in fleeting glimpses lately: through a soft spot in an apartment building in “6B,” or in flashbacks in “Subject 13.” But we really haven’t seen much since “Immortality,” the episode that introduced Fauxlivia’s pregnancy. “Fringe” need not revert to the back-and-forth nature of narrative focus as it did the last time we saw everyone’s favorite cabbie Henry, but in order to build towards a climax in which both universes are in equal peril, then it’s important to actually make us care about both worlds. With “Bloodline,” the show sought to 1) solidify the fact that Walternate is one scary dude, and 2) plant seeds of doubt in Lincoln and Charlie about the true nature of the supposed “threat” coming from the other side.

If you are a “Lost” fan, you probably had a LOT of déjà vu tonight. Playing the role of smiling manipulator Ben Linus? Walternate. Playing the role of distressed pregnant Sun-Hwa Kwon? Fauxlivia. There wasn’t a Juliet Burke in sight per se, though I guess you could assign that role to Brandon. (Aaand my Juliet crush just went down 47%. Dammit.) The precise reason for keeping the yet unnamed child is still in the dark, but nevertheless Walternate got around his phobia about experimenting on children by bringing to term a child who by all rights had little reason to expect to live.

Whether “viral propagation eclampsia” is an effect of Walter’s crossing over or just a phenomenon inherent to Over There before 1985, one thing IS clear: Do Not Trust Walternate. Much like Mr. Linus, he mixes in truths with lies so efficiently that it’s essentially impossible to distinguish fact from fiction. My limited understanding of his overall plan is this: in 1985, Olivia Dunham crossed over and unwittingly alerted Walternate to the existence of the other universe. However, she ALSO planted a seed in Walter’s mind that if THAT Olivia had a connection with Peter, so would the Olivia in his world. When he crossed over to get Peter in Season 2, his main purpose was simply to lure Olivia over. When the opportunity arose, he switched Olivias in order to 1) harvest Olivia’s brain to enable people to cross over, and 2) get Fauxlivia preggers, counting on her doppelganger’s attraction to his son kicking in once she infiltrated our universe.

Whew. I need a drink.

This relies on a LOT of things going right, but at some point you either nitpick “what if”s in these types of master plans in fictional narratives or you just run with it. My problems with these plots usually don’t derive from over-complexity so much as incoherent/dissonant pieces fitting together. Nothing about Walternate’s plan seems inconsistent: the more we learn about it, the more it seems to fit. What that blood sample has to do with the Doomsday Device is still unclear, but what IS clear is that Walternate’s overall goals are coming to fruition. But what is ALSO clear is that the best laid plans of alterna-mice and men oft go awry, and in the figure of Henry, attempts to manufacture fate are thwarted.

What transpired tonight ended the way that Walternate wanted, but while he may have won this particular battle, he might have started to lose the overall war. He might have counted on a Fringe-related investigation that would have turned up nothing until Fauxlivia’s birth (inside what looked to be an abandoned government medical facility, dedicated to combating typhoid fever), but had to improvise once Lincoln and Charlie met up with Henry. Walternate might have gotten the blood sample he wanted, but he got doubt planted into two of his most powerful Fringe agents as well.

It’s a great example of what I talked about last week: the show allows certain characters to be mouthpieces for an all-powerful Fate controlling events, only to have their part of the mutliverse laugh and throw them a curveball. Last week, it was the ringing of church bells throwing a scare into William “Soul Magnet” Bell, and this week it was an ordinary cab driver touched by an extraordinary woman from another universe that scared Walternate. It’s one thing to try and create an equation that predicts the precise train a certain person is one. It’s quite another to try and predict future history without accounting for the infinite variables presented by singular human beings. (Just ask Hari Seldon, of Isaac Asimov’s “Foundation” series.)

That Lincoln and Charlie now see a glimmer of new light, however faint, shows that plans made by Walternate, William Bell, or even The First People falls short when choice enters the picture. Predicting wide-scale actions is one thing: I’ve been in enough crowded subway stations to know that most people will try and pack on once the too-small train arrives. But I can’t predict which person might give up their slot to someone else, sacrificing making a connecting train down the line in order that an elderly passenger might get their spot. The same holds true for these great minds trying to mold the future: no matter how brilliant they are, they still can’t see what they can’t possibly know.

What don’t they know? How a single person will react in a single moment: out of compassion, out of desperation, out of love, out of hate. By kicking off the process by which Fauxlivia and his grandson would survive a seeming death sentence, Walternate forced Lincoln Lee to own up to his latent feelings for Fauxlivia. And in the world of “Fringe,” there’s nothing more powerful than love. It’s a sentiment that some fans still might find hard to swallow, but it played like gangbusters tonight as Lincoln held Fauxlivia in his arms, both of them expecting her to die at any moment during childbirth. It played infinitely better than Sam Weiss’ expository speech about how Peter Bishop would soon be holding the mother of all rose ceremonies inside the Doomsday Device, that’s for darn sure.

Other thoughts about tonight’s episode…

*** I’m looking forward to learning the name of Fauxlivia’s son. Might I suggest “the wee baby Seamus”? Oh wait, I think “Archer” already took that one.

*** Laugh of the night: the way in which Astrid absorbed the news about Fauxlivia’s pregnancy. “Oh, I see.” 1% horror, 99& internal recalculation. Just perfect.

*** News and notables from Over There: Opus isn’t a penguin, he’s a peahen. Also, Francis Ford Coppola directed “Taxi Driver,” not Martin Scorsese. Feel free to drop other things you noticed in the comments below!

*** Nice to see Charlie went out with Mona, aka “Bug Girl.” And the fact that I’m actually happy about that shows how well-developed Over There has been, and why I’m always happy to revisit that place.

*** While the show tends to do gross-out visuals over genuine jolts, the cut from Fauxlivia’s materials on VPE to the intruders in her house was really effective.

*** Sonograms over there seem far more advanced, and yet far creepier, than the ones over here.

*** I wouldn’t be a bit surprised to learn later that Marilyn colluded with Walternate tonight, though out of a desire to not replicate what happened with Rachel rather than any truly evil motivation on her end. Just a lot of weirdness going on with her tonight.

With that, “Fringe” will be off the air until mid-April, which leaves us plenty of time to talk about tonight’s episode. What’s Walternate’s ultimate endgame? Are you rooting for anyone Over There or just hoping that “Fringe” gets through this particular plot as fast as possible? What role will Lincoln/Charlie play in the season’s final weeks? And does knowledge that “Fringe” will definitely have a fourth season change how you view the current arc? Sound off below!

By Ryan McGee – Over There, a shocking kidnapping threatens the life of Fauxlivia’s unborn child 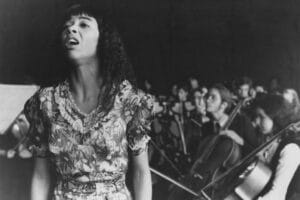 Cheat Sheet: All you need to know about ‘The Hunger Games’
The Morning Read: Could Mickey Mouse end up starring in his first feature film?