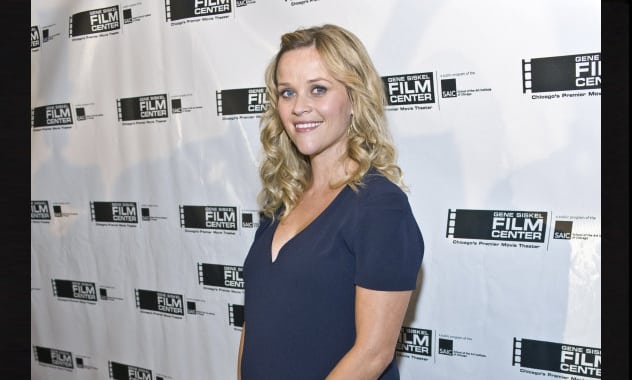 Though it has become increasingly obvious that Reese Witherspoon is pregnant with her third child, she has managed to stay quiet about her growing baby bump — until now, at least.

The 36-year-old star finally made mention of her swelling belly Saturday night, The Chicago Sun-Times is reporting. When complimented on her appearance by reporters, Witherspoon replied, “Thanks, but frankly I’m feeling very round tonight.”

In March, reports first surfaced that the actress and her husband, Jim Toth, were expecting a little one, with UsWeekly confirming the happy news via sources close to the couple. Though photographs of Witherpoon’s obvious baby bump seemed to backup the rumors, the couple stayed mum.

Witherspoon walked the red carpet at the event Saturday, — sans her hubby — answering questions about the film, “Devil’s Knot,” she is currently working on with Colin Firth. When asked what’s next, she adorably responded, “And, after I finish that, I’m going to take a little time off — and go have a baby.”

Witherspoon was in town accepting a Renaissance Award at the summer gala to benefit the Gene Siskel Film Center of the School of the Art Institute of Chicago. Take a look at the mommy-to-be below.