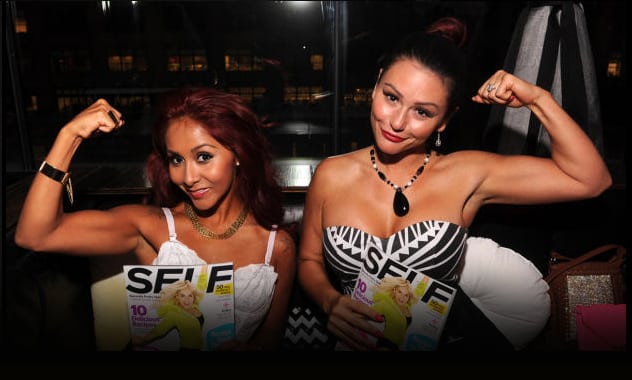 A judge in the “Snooki & JWoww” case ruled that Jersey  shore residents can’t stop MTV stars Nicole Polizzi and Jennifer Farley from  taping the new season of their show.

Residents of Pelican Island, a  small beach community in Berkeley Township, N.J., worried that the reality stars  would bring with them the raucous partying that made them famous on  “Jersey Shore,” and many filed complaints seeking an injunction on  production of the spinoff series.

Robert Heffernan, who lives two doors  down from the house used for taping, led the pack with the help of Red Bank  attorney Ron Gasiorowski.

“To allow this activity to  go forward in the residential zone is a ‘threat of irreparable harm'” to  Heffernan and his neighbors, according to the complaint. Gasiorowski also noted  in the filing that the production violates township code that prohibits  commercial enterprise in an area deemed a residential zone.

Yet to be decided,  however, is whether taping constitutes a zoning violation. The owner of the  house used for the MTV show, who previously rented the “Jersey Shore” house to  495

Productions, is reportedly seeking a zoning variance to the township’s  prohibition on commercial activity in residential neighborhoods.

“Unbelievable how adults are trying to ban my son, fiancé, and I from enjoying  our summer at the shore,” the reality star posted on Instagram. “Grow up, get  over yourself and move on.

This is not how we should be treating one another.  Absolutely sick and very sad. I pray for you. There’s much bigger things to  worry about in life than trying to ban my family from your  neighborhood.”

“Snooki & JWoww” chronicles the post-“Jersey Shore”  lives of Polizzi and Farley as they adjust to motherhood, plan their weddings,  and work to maintain their friendship.