“First time I threw a fight, they knew I’d throw another one.” -Gus

My frustration with last week’s episode was partially about the absence of Ed Romeo, partially about a sense that the series was running in place, letting Lights make the same unfortunate mistakes over and over again while we killed time before Leary-Reynolds III. “Rainmaker” was a much stronger episode, I thought, not just because of a terrific Ghost of Christmas Future guest performance from David Morse as Jerry “The Rainmaker” Rains, but because I thought the execution of the story was better overall.

First, Morse. There are actors where you have an initial impression of them burned in your brain, and it’s surprising whenever they do anything outside that impression – even if they keep doing it and doing it for years upon years. It’s literally been decades since Morse played sensitive sad sack Dr. Jack Morrison on “St. Elsewhere,” yet there’s a part of me that’s always a bit startled when I see how many other kinds of characters he can play. Here, he easily slipped into the role of a senile ex-champ(*) who was on his way out when Lights was on his way up, his shattered mind and pathetic lifestyle a very sober warning of what Lights could become, no matter what happens with Reynolds.

(*) While it’s certainly not impossible for a long-time heavyweight champ to fall as far financially as Jerry has – see Mike Tyson, for instance – the sense I got was that he held the title only briefly (or held only one belt at a time when the title wasn’t unified), but nonetheless gets to be called “Champ” for the rest of his life.

Jerry’s need to write everything down to remember it reminded me very much of the Guy Pearce character in “Memento,” and also played very cleverly into the resolution of the Councilman Hess fiasco, with Lights realizing how to turn Jerry’s senility to his advantage. I had wondered if it was Jerry doing the beatdown, since the assailant seemed so tall, and it set up that great final scene where Jerry gets to enjoy being lucid and useful for a moment.

But I also liked the way the episode depicted the growing quagmire Lights finds himself in about his ongoing relationship with Hal Brennan. Like Brennan’s bodyguard suggests, once Lights agreed to go visit the dentist, he was in and in deep. You do that once, and they’ll know you’re desperate enough to do it again – and if you’re not, they’ll apply enough blackmailing leverage until you are that desperate. Bill Irwin continues to be terrific as Brennan(**), and there are times when Lights’ problem isn’t that he’s dumb, or that he’s too loyal to idiots like Johnny, but simply that he made one mistake a long time ago that keeps leading to many other mistakes.

Two episodes to go, and I’m assuming a good chunk of the finale will be taken up by the fight(***). Wondering what other bumps we’ll see on the road there.

(***) One thing that’s confusing to me: Lights tells Theresa that he beat up the dentist in March. It’s now the 4th of July. Are we really supposed to assume that all the events of the season so far – including Omar and Lights training for three separate fights (albeit an abbreviated training schedule for Omar) – has taken place in only a few months? Seems awfully tight. 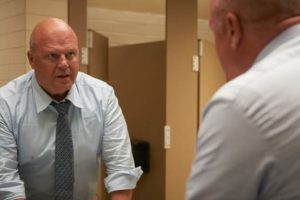 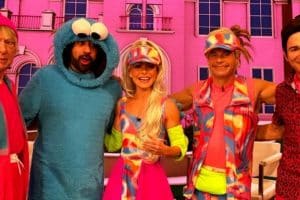 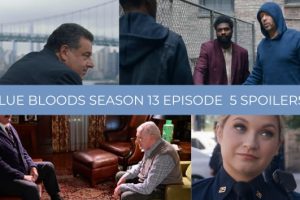