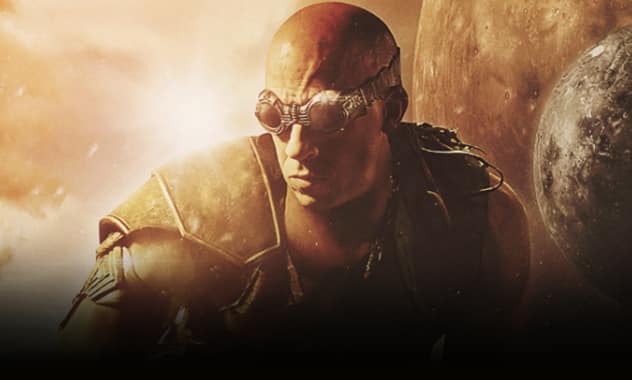 GO TO OUR GIVEAWAYS SECTION AND ENTER TO WIN OTHER GREAT PRIZES LIKE THIS ONE!

Enter to win your copy of the latest installment of the #1 Action Movie  Riddick starring Vin Diesel, Karl Urban, Katee Sackhoff, Jordi Mollà and is due out in stores now!

Vin Diesel returns to the larger-than-life role that made him a global superstar as Riddick blasted its way onto Blu-ray™ Combo Pack including Blu-ray, DVD and Digital HD with UltraViolet™ on January 14, 2014, from Universal Studios Home Entertainment. The film will also be available on Digital HD December 17, 2013. The third feature film installment of the blockbuster series returns to its hardcore action roots with an all-new, no-holds-barred adventure from writer and director David Twohy, creator of the hit franchise.

Debuting an Unrated Director’s Cut with even more intense, heart-pounding sequences not shown in theaters and an alternate ending, the Blu-ray Combo Pack includes bonus features that reveal the behind-the-scenes secrets of the heart-stopping thriller’s incredible cast, uniquely talented crew and cutthroat characters. In addition, Riddick will be available in a new collection that includes all three movies in the groundbreaking franchise: Pitch Black, The Chronicles of Riddick and Riddick plus The Chronicles of Riddick: Dark Fury  from Emmy Award-Winning animator, Peter Chung (“Æon Flux”).

Enter To Win Your Copy Now!