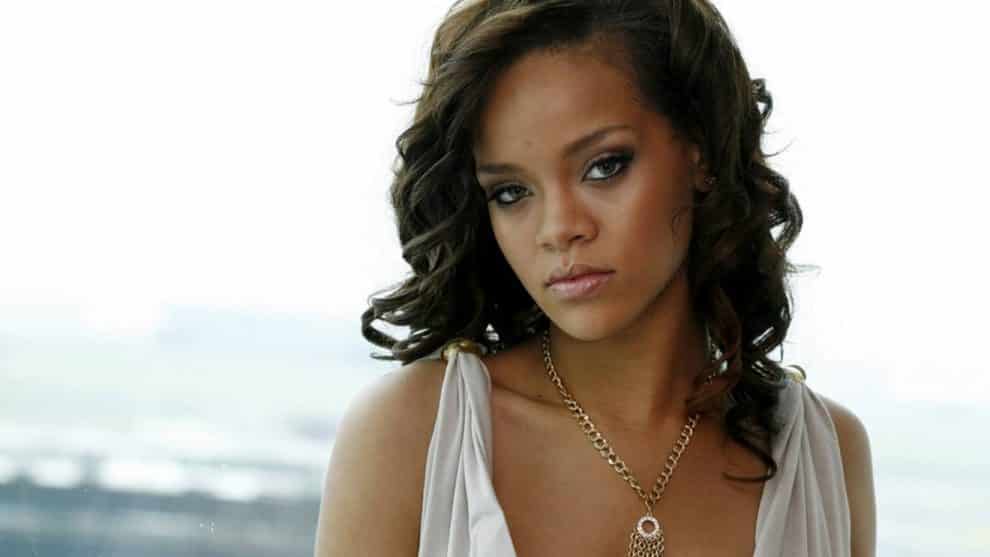 Less than a month after Kylie Jenner spoke out against Snapchat, Rihanna is doing the same but for a very different reason.

The singer and actress took to Instagram Stories today with a post condemning Snapchat for an insensitive ad that appeared on the app a few days ago. The ad in question, a “Would You Rather” game promotion, asked viewers to choose between two options: Slapping Rihanna or punching Chris Brown.

Everything is wrong with that language, but when you take the former couple’s history into account, it becomes even more alarming. “You spent money to animate something that would intentionally bring shame to DV [domestic violence] victims and made a joke of it!!!” the singer wrote in her Stories post.

Snapchat blocked the advertiser and pulled the ad for the game, which it says was unaffiliated with Snap, Inc., and initially told the BBC it was a violation of advertising guidelines and had been published in error. But in light of Rihanna’s post today, the company revised its statement, telling Refinery29, “This advertisement is disgusting and never should have appeared on our service. We are so sorry we made the terrible mistake of allowing it through our review process. We are investigating how that happened so that we can make sure it never happens again.”

This particular incident is markedly different and far more serious in nature, than the issues Jenner raised with Snapchat three weeks ago — and the backlash is shaping up to be a different beast as well.

Rihanna’s criticism of the app, touches on one of the biggest user issues with social platforms today and ties into the larger renunciation of big tech that is occurring right now. Companies including Twitter and Facebook are being forced to publicly reckon with their responsibility when it comes to handling bots, fake news, and hate speech. Snapchat, a social media platform that seemed relatively untouched (compared to Twitter, in particular) by these issues of mistrust, has been drawn into the fray.

Jenner’s comments now seem innocuous compared with Rihanna’s charges. Last month, she tapped into an emotion many users have been feeling: A sense of frustration with the app’s redesign. Her tweet, a seemingly benign, off-the-cuff remark about not using Snapchat anymore, gave power to a collectively held sentiment and had immediately drastic consequences. In the following days, Snap Inc, Snapchat’s parent company, experienced a $1.3 billion drop in market value.

At the time, I wrote that Jenner’s decision to use her voice against the platform appeared to mark a turning point in the relationship between celebrities and social media. What once appeared to be a two way street — celebs got a place to grow their audiences and show their “real selves”; social media platforms drew in more users and proved their influence — was switching to a one-way lane.

In this case, Rihanna is using her voice to speak up not just for herself, but for all victims of domestic violence. For now, the singer’s Snapchat account (“badgal”), still exists, though nothing has been posted recently. It’s unclear if her comments will have the same impact on Snap’s stock value as Jenner’s did less than a month ago, although the stock price has already fallen today. But as other public figures, including Chelsea Clinton, weigh in with support, there will undoubtedly be an effect on public perception of the app. And as Rihanna said, an “app-ology” may fall on deaf ears this time.

THE STRANGERS: PREY AT NIGHT – How the Soundtrack Brought Terror to Life!
Weird Al’s “The Hamilton Polka” Becomes The First Polka song To Debut Make It To Billboard’s Digital Song Sales List