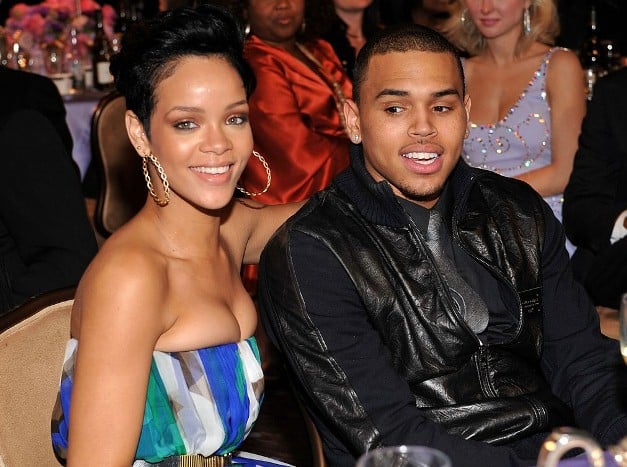 Rihanna and Chris Brown’s relationship may have been on the mend, but a weekend party might have pushed the exes apart once again.

Rihanna is reportedly angry with Brown after he partied with Karrueche Tran, his model ex, after his Paris gig on Friday night, according to The Sun. “She can’t get it into her head that Chris will never change,” a source told the tabloid. “She’s given him so many chances since he beat her up in 2009 and he still keeps hurting her by partying with girls. Letting Karrueche meet him is yet another blow for Rihanna that will further disgust her fans. They are already raging that she is back with him.”

Hollywood Life reported that Tran jetted off to Paris with her brand-partner stylist for The Kill, Ugo Mozie, on Dec. 7. Mozie also styles Brown.

Tran reportedly plans to then follow the “Don’t Wake Me Up” singer to the Dubai leg of his “Carpe Diem” tour, The Sun reported. Rihanna is fed up. “She was meant to stay with Chris in Paris — but it looks like she gave it a miss and will head straight to Manchester tonight to perform on the ‘X Factor’ final’s results show,” the source added.

Rihanna allegedly sent out a series of angry tweets, according to Hollywood Life, posting “Examine what you tolerate,” “Goodbye muthaf**ker,” and “You give, you get, then you give it the f**k back.” These tweets appear to have been deleted.

All may have been forgiven, though, as Rihanna later tweeted about missing her man.

Previously, The Sun reported that Rihanna got the word “Breezy” tattooed on her neck. “Breezy” is Brown’s nickname. “She got it to symbolize her commitment to him. Now the world knows they’re back together, they’re determined to make it work,” a source said.