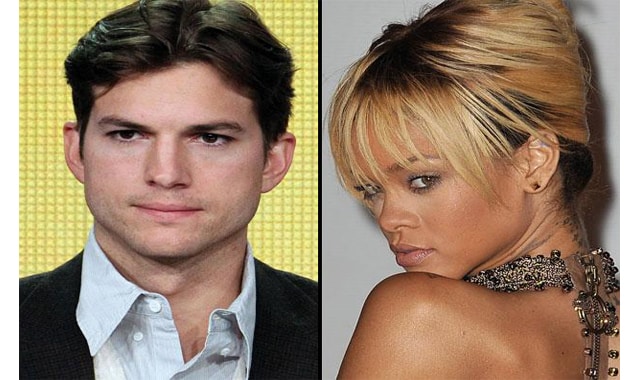 Somebody very close to Rihanna is obviously keeping up with  all the relentless romance rumors surrounding the singer.

It seems that while the Barbadian beauty was attending the Time 100  Gala in New York Tuesday night (she recently made the mag’s list of Most Influential People), her mother, Monica—who accompanied the singer—playfully brought up her  daughter’s alleged fling with Ashton  Kutcher.

“Well…. 2nt consisted of us singing Bob Marley, drinkin  Vintage Scotch, and my mom thinkin a joke abt Kutcher was appropriate.!” Rihanna tweeted  later in the evening.

But clearly no love was lost between the two, seeing how excited the  songstress was to have her mom in attendance.

“Mumz surprised me for #TIME100,” she tweeted, along with a cute pic of the two of them together.

It was just last month that Rihanna set the record straight regarding rumors that she and the Two and a Half Men star were dating.

“I’m happy and single,” she stated when the subject came up during a press conference in London for her new movie, Battleship.

Meanwhile, Kutcher has more recently been linked to his former That ’70s Show costar Mila  Kunis.

No word if Rihanna’s mom has something to say about that, though.