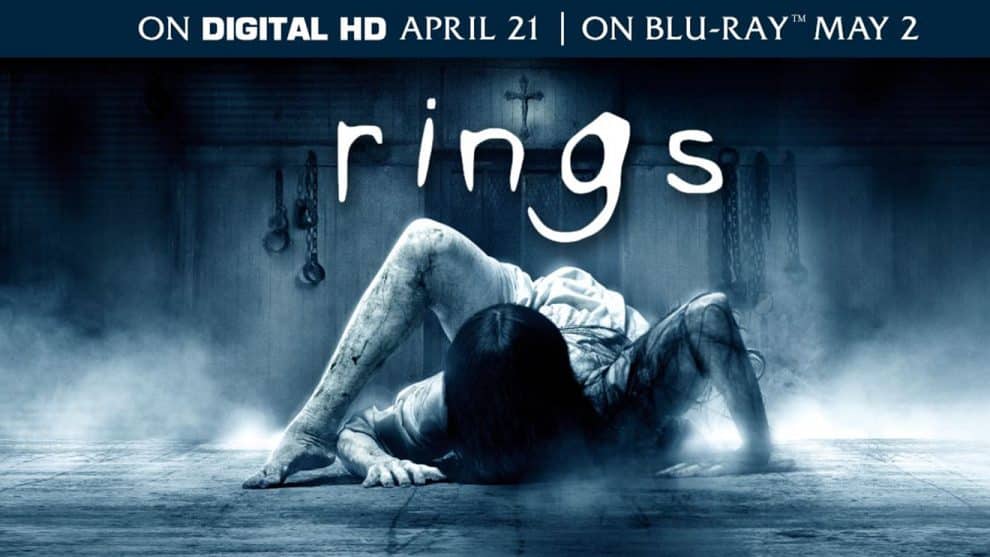 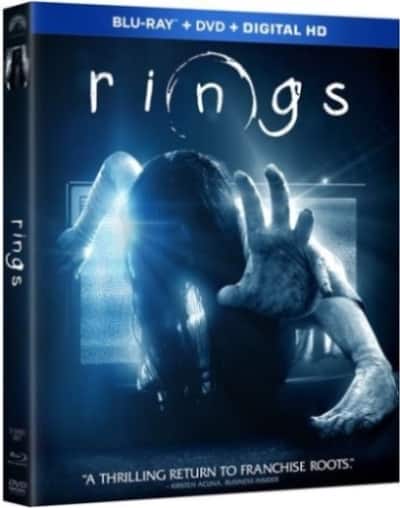 HOLLYWOOD, Calif.  – The legend of Samara takes a chilling turn in the new chapter of the hit Ring franchise, RINGS, which comes calling on Blu-ray Combo Pack, DVD and
On Demand May 2, 2017 from Paramount Home Media Distribution.  Dare to watch on
Digital HD two weeks early on April 21.

When a radical college professor (Johnny Galecki, “The Big Bang Theory”) finds the mysterious video rumored to kill viewers seven days after watching, he enlists his students in a dangerous experiment to uncover the secrets behind the Samara legend. When the deadly video goes viral, they must figure out a way to break the curse and defeat Samara before her evil is unleashed upon the world. But, how do you stop her when she’s everywhere?  RINGS also stars Matilda Anna Ingrid Lutz (Summertime), Alex Roe (The 5th Wave), Aimee Teegarden (“Friday Night Lights”) and Vincent D’Onofrio (“Law & Order: Criminal Intent”).

The RINGS Blu-ray Combo Pack features over 45 minutes of terrifying bonus content including deleted and extended scenes and a nail-biting alternate ending. Plus, go behind-the-scenes with interviews with the cast and crew as they discuss the new chapter in the iconic Ring franchise, dare to discover the real Samara, and more!  Buy RINGS on Blu-ray Combo Pack and complete the circle with a bonus Digital HD of both The Ring and The Ring Two, for a limited time only.