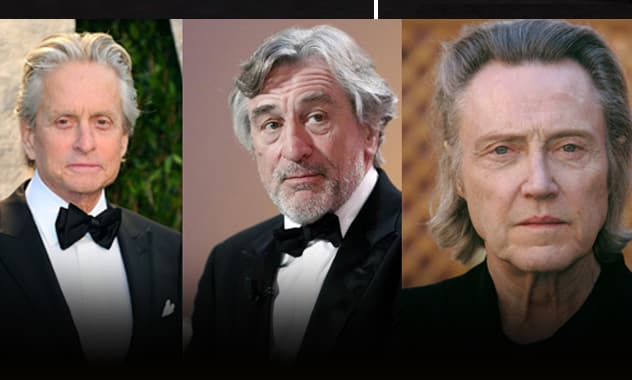 Directed by Jon Turteltaub (National Treasure, While You Were Sleeping) from a screenplay by Dan Fogelman (Crazy, Stupid, Love, Tangled),  LAST VEGAS is a comedy about four old friends who decide to throw a Las Vegas bachelor party for the only one of them who has remained single.  De Niro will play the party-averse Paddy Connelly, who reluctantly agrees to fly to Vegas at the request of his friends. Douglas will play Billy Gerson, a lifelong bachelor, who has finally decided to take theplunge.

In May 2012, longtime partners Joe Drake and Nathan Kahane founded Good Universe, a full-service motion picture financing, production and global sales company.  The new company —which launches its global sales operation in Cannes this month presenting its first two films Oldboy and Last Vegas — already has the infrastructure and resources to develop,package, produce and fully finance its movies.  Good Universe opened its doors with over a dozen films on its development slate and is acquiring newmaterial in three specific areas: bigger multi-quadrant properties with true franchise potential, expanding the Ghost House Pictures brand with a reinvestment and increased focus on the horror genre, and a focus on the kinds of movies that defined its predecessor company Mandate Pictures —singular, original voices with universal stories to tell.  Future franchises will be modeled on Drake’s franchise-building strategy at Lionsgate that resulted in the global box-office juggernaut The Hunger Games.  The company will also complete a number of Mandate pictures currently in production including the highly anticipated Hope Springs starring Meryl Streep, Tommy Lee Jones and Steve Carell, to be released by Sony Pictures this August.

Jennifer Lopez on Working With Her Beau—and Will She Be Back for Another Season of American Idol?
Jessica Sanchez Serenades Dad for American Idol Hometown Visit