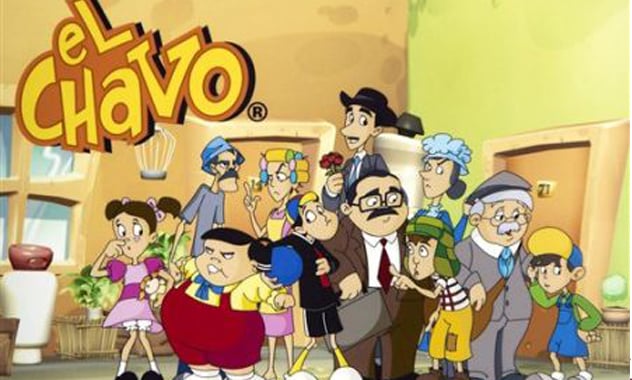 The new line of consumer products, manufactured by JAKKS Pacific and inspired by Latin icon, including plush dolls, action figures and other fun toys
Leading U.S. toy manufacturer  JAKKS Pacific, Inc. announced today that the new toys “El Chavo” line, inspired by the super popular television comedy, you will reach the United States stores in August. JAKKS currently holds the master license of “El Chavo” for North America, through a partnership formed with Televisa and Univision.

“‘The kid’ has been transmitted by television continuously for more than 40 years and is one of the most enduring programs and loved by Latino families today”, said Stephen Berman, President and principal Chief Executive of JAKKS Pacific, Inc. “the resonance of ‘Chavo’ among latinos has transcended generations; ‘”El Chavo’ is a reminder of his roots and a reflection of their cultural heritage. We are very happy because ‘El Chavo’ toys can reach millions of children in all United States “.
The new line of toys, recommended for all fans of three years of age and over, will be available in stores retailers Walmart, Kmart, Walgreens, Target, Toys R Us and Amazon, and h-e – B, Curacao, Cardenas and Vallarta supermarkets, with prices that range from $4.99 to $19.99. The products will include figures, stuffed toys, role-playing, costumes, station toys, board games and novelty items that celebrate the world of “El Chavo”. Among these are:

Berman added: “with a daily ratings of more than 100 million viewers worldwide and the affection of generations of latinos, ‘The kid’ is the perfect property to develop toys and other products. Our line of products will give life to these charming characters and its neighbourhood, offering them the opportunity to immerse yourself in the captivating and adorable world of ‘El Chavo’ fans of all time “.”

“El Chavo”, the comedy of most-watched television in the history of Mexico, became famous for more than four decades thanks to its creator, the comedian Roberto Gómez Bolaños. In the United States.UU. “El Chavo” airs from Monday to Friday at 5 p.m. Eastern/Pacific time from Monday to Saturday at 9 p.m. ET/PT on Galavisión and Unimas. “The lively Chavo”, the animated series of this beloved character, is transmitted by Univision at 4 p.m. Eastern/Pacific time, nostalgia and the popularity of the original series to a new generation.

On June 18, JAKKS Pacific along with Televisa, the media company in the Spanish-speaking world, and Univision
Communications, Inc., the leading media company offering services to Hispanics in the United States.UU., further expanded their relationship around “El Chavo” brand licensing. As part of this new deal, JAKKS shall have the right to manufacture, distribute and market products in various categories that go beyond toys. These categories include articles for parties and for school, home decor and bedding, housewares, health and beauty products and clothing accessories.

For more information and have fun with “El Chavo”, please visit  www.elchavotoys.com and social networks of JAKKS Pacific.