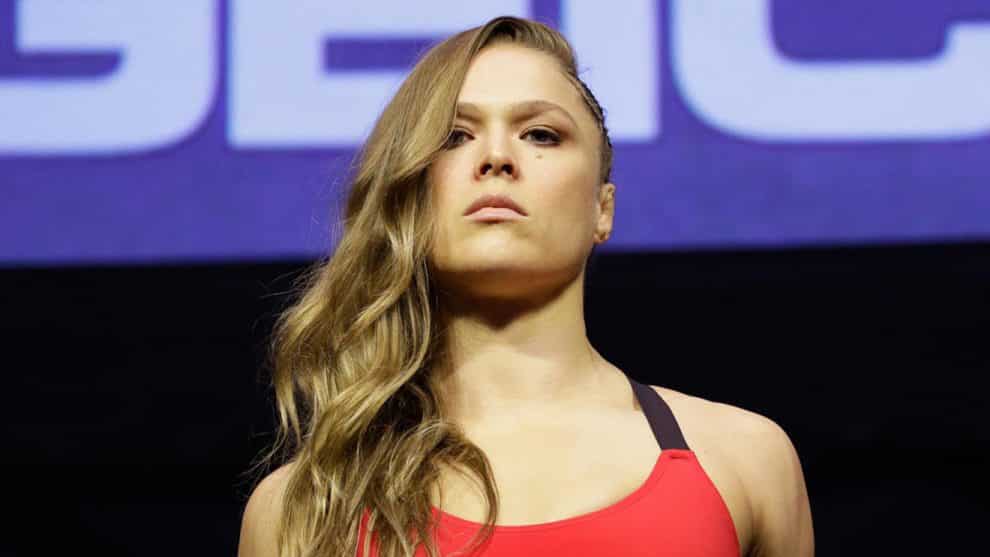 Ronda Rousey’s Ultimate Fighting Championship career effectively ended last year, when she was beaten by Amanda Nunes inside 48 seconds. Now it is approaching its formal conclusion, with Rousey moving closer to throwing herself into a new adventure with World Wrestling Entertainment.

Two people close to Rousey told USA Today Sports that she is finalizing details of her move to WWE. The people requested anonymity because the switch has not been announced.

However, the evidence of Rousey’s career change has been mounting for a while. Rousey was at a WWE show in September and watched her close friend Shayna Baszler, a former mixed martial artist now making waves with the WWE. During the event, Rousey was caught in a stare down with leading women’s wrestler Charlotte Flair, in which Rousey issued a challenge: “You name the time, you name the place.”

That led to speculation that an official appearance is imminent, perhaps at Wrestlemania 34 in New Orleans on April 8.

“I love Ronda, and anything she can do to make money for her and her new husband then I am rooting for her,” longtime friend and legendary wrestler, martial artist and stuntman Gene Le Bell said. “She will get a lot of money and that’s great.”

Le Bell said rather than being a permanent member of the staff, Rousey might be most effective as a spot wrestler, making occasional appearance at high-profile events.

Rousey has been busy of late, promoting a soon-to-be-released and self-titled website. She has also spent time working out at the WWE’s High Performance Center in Orlando, Fla.

The person with the greatest business interest in seeing Rousey return to fighting essentially ruled it out recently. UFC president Dana White counts Rousey as a personal friend, and said he believes there is little she can gain from taking to the octagon again.

Such certainty makes this an opportunistic time to evaluate what Rousey brought to mixed martial arts during her frenetic and remarkable reign. Ahead of her defeat to Holly Holm in Australia in 2015 and coming off six straight UFC victories, she was one of the hottest commodities in sports, in high demand for photo shoots, endorsements and movies.

Looking back she may reflect that those extra-curricular activities caught up with her, but so too did the rest of the women’s field. Once the UFC added women’s fighting the whole thing became more professional. By the time Rousey lost to Nunes she was coming up against an athlete who devoted her entire existence to excelling at MMA, and it showed.

“Ronda changed the game for all of us,” recently deposed women’s strawweight champion Joanna Jedrzejczyk said. “She showed us what was possible for women and she showed what sort of level you have to be at to fight against the best and to be the best.”

The level of intrigue with Rousey has actually increased since she started losing. She shunned public interviews since losing to Holm with the exception of a couple of Ellen segments. No one truly knew what she was feeling in the build-up to Nunes, or since, as she blanked the kind of media commitments that are demanded of all other fighters. A recently released biographical film about her, Through My Father’s Eyes, won first place at Britain’s Crystal Palace International Film Festival, but largely focused on the earlier years of her career.

When Rousey came into the UFC she was a trailblazer. Named five years ago Wednesday as the company’s first women’s champion even before her first fight, she is credited with being singlehandedly responsible for persuading White to introduce women into the company’s roster.

Assuming there is no return in her future, she departs while still one of the UFC’s biggest stars, perhaps without saying anything at all and for a new adventure where she might make even more money.

Which means she leaves just as she arrived – uniquely.