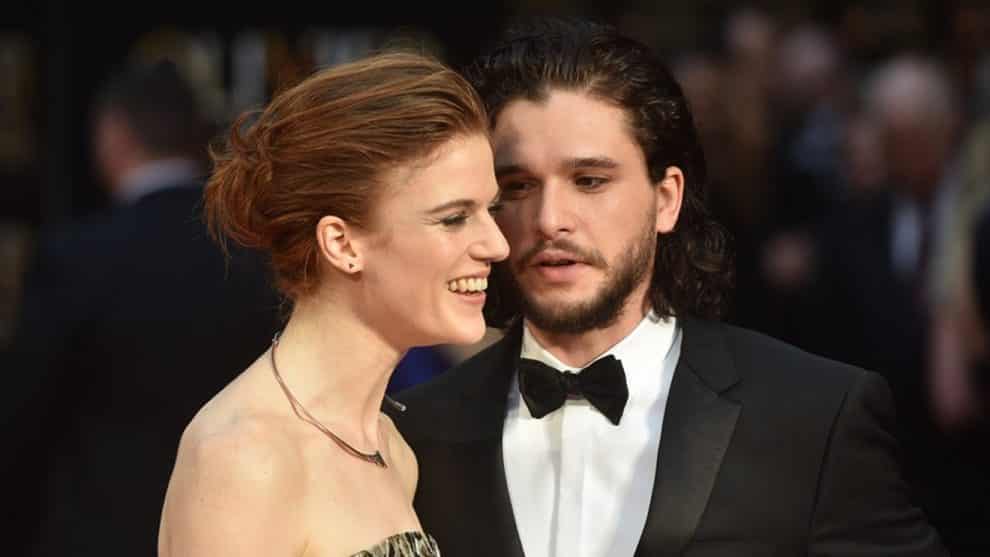 Spoiler alert! Just because Rose Leslie is engaged to Jon Snow doesn’t mean she uses her connections to find out what’s coming on Game of Thrones. The former GoT actress admitted that she forbids fiancé Kit Harington from reading scripts for the final season in front of her on Late Night With Seth Meyers Monday, March 12.

The late-night host, an avid GoT fan himself, asked Leslie if she tries to pump Harington for information, and she adamantly denied it, saying she prefers to wait to watch like every other fan. “I remember kind of like, over in the summer. Summer just gone, obviously, the new episodes for the final season were coming through on his iPad, and I mean, I can read his facial expressions,” the Good Fight actress, 31, explained. “I don’t want to know anything that’s going on like within his eyes or anything like that, so I sent him packing. I kind of like boot him out so that he can go to the coffee shop.”

Leslie won’t let the 31-year-old actor, who she’s been engaged to since September, read the scripts in front of her: “I’ll know. I’ll be able to gauge. If he like stiffens, then I know that someone’s dead. And then I’m like, ‘No,’ and then my mind goes off.”

The actress also told Meyers about an April Fools’ prank her fiancé pulled on her: leaving a Jon Snow head in their refrigerator for her to find. Even if she wants to avoid GoT spoilers, Leslie can’t avoid the show altogether.