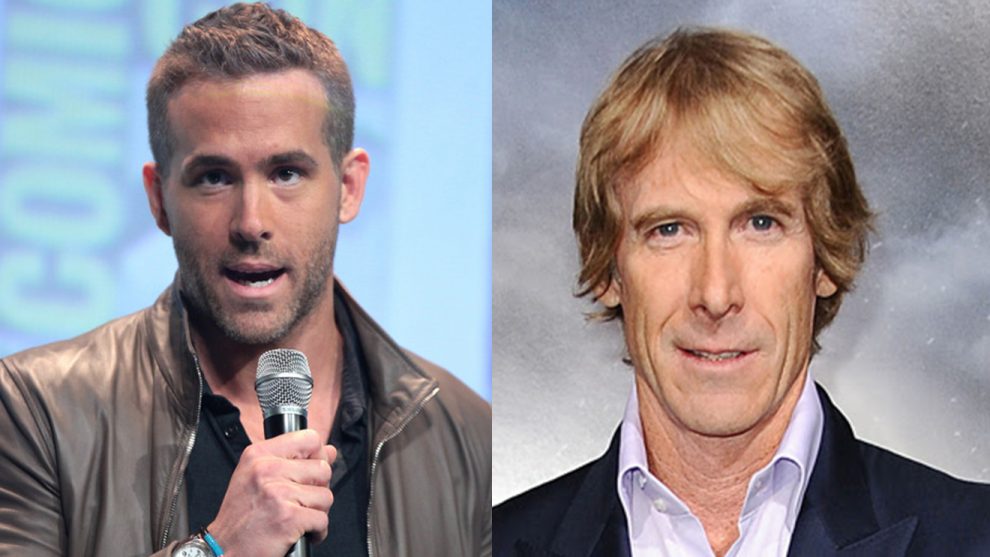 Deadpool 2 is still new in theaters, but there’s no rest for star Ryan Reynolds. He’ll star in Six Underground, a new action movie coming to Netflix in 2019, the digital-streaming service said Tuesday.

Though Reynolds won’t play the Merc With a Mouth, there’s plenty of Deadpool DNA involved. (That sounds like a dirty joke Deadpool himself would make.) Deadpool and Deadpool 2 screenwriters Rhett Reese and Paul Wernick will write the film. Michael Bay, of Armageddon, Pearl Harbor and the Transformers series, will direct.

Ryan Reynolds will star in “Six Underground,” Netflix’s upcoming action movie directed by @michaelbay and written by Rhett Reese and Paul Wernick, the screenwriters behind Deadpool and Deadpool 2. pic.twitter.com/2vUloYTnAy

The film is scheduled to start production this summer. It’s the first Netflix project for both Reynolds and Bay, and it’s a big one: Deadline reports that the film could cost $150 million.

According to The Hollywood Reporter, “the plot revolves around six billionaires who fake their own deaths and form an elite team to take down bad guys.”

In 2017, Netflix released Bright, a buddy cop film starring Will Smith as a Los Angeles police officer paired with the country’s first orc cop (Joel Edgerton). Although it received mostly negative reviews, Nielsen reported that 11 million American viewers streamed the film within the first three days of its release.

Netflix is expected to spend $7 billion to $8 billion on programming in 2018.