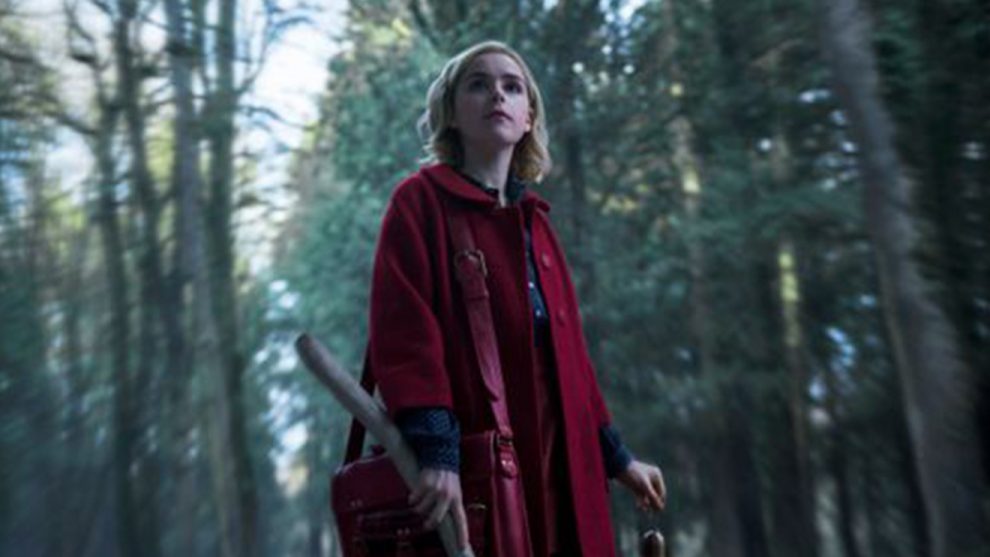 It’s “Sabrina the Teenage Witch” like you’ve never seen her before.

Netflix has released the first images from the upcoming “The Chilling Adventures of Sabrina” and the series looks downright terrifying.

Kiernan Shipka stars in the coming-of-age story as Sabrina Spellman. “Riverdale” creator Roberto Aguirre Sacasa will helm the show, based on the Archie Comics book series that first appeared in 1962.

You can forget about the bubbly ABC sitcom that starred Melissa Joan Hart in the mid ’90s because this is going to be dark, folks.

Netflix’s description of the show reads, “Tonally in the vein of ‘Rosemary’s Baby’ and ‘The Exorcist,’ this adaptation finds Sabrina wrestling to reconcile her dual nature — half-witch, half-mortal — while standing against the evil forces that threaten her, her family, and the daylight world humans inhabit.” Does this mean there’s no talking cat?