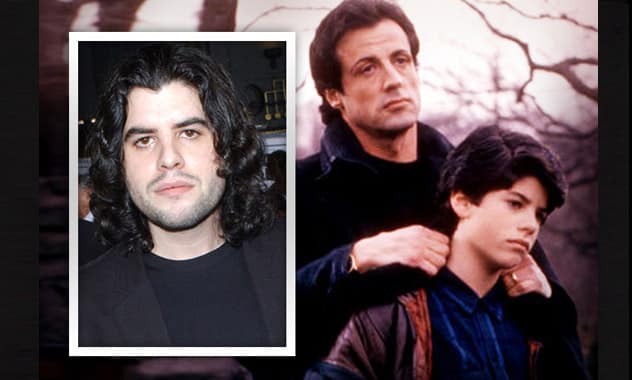 The junior Stallone was reportedly found at home in Los Angeles. TMZ reports that his father is extremely distraught. The Post spoke with Sage Moonblood Stallone’s attorney, who said the death came as a complete shock.

“He was in good spirits, and working on all kinds of projects,” George Braunstein told the paper. “He was planning on getting married. I am just devastated. He was an extremely wonderful, loving guy. This is a tragedy.”

TMZ’s sources say the cause of death was a prescription drug overdose.

The Post reports that his mother, Sasha Czack, had also been notified of her son’s passing. Stallone made his acting debut alongside his father in “Rocky V.” He went on to act in a number of films, most recently in “Promises Written in Water” in 2010 (he also appeared in “The Agent,” a short, and in a 2011 television documentary episode on the Rocky films).

Sylvester Stallone was in San Diego Thursday to promote “Expendables 2,” his new film with Arnold Schwarzenegger. The actors spoke on a panel in Hall H at Comic-Con.

Skrillex ‘Wreck-It Ralph’ Soundtrack: Dubstep Producer To Contribute Songs For Animated Film
Snooki Tweets ‘Sitting-Only’ Shoes, Which Should Not Be A Thing (PHOTO)