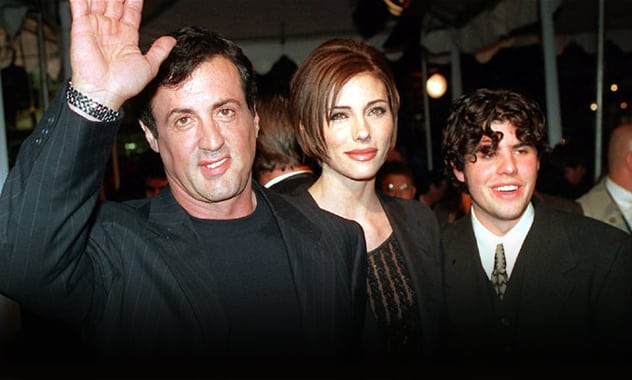 Members of the Westboro Baptist Church have been called to picket actor Sage Stallone’s funeral on account of his “adulterous dad,” Sylvester Stallone.

After it was announced that the 36-year-old actor had died on July 13, Margie Phelps, daughter of Westboro leader Fred Phelps, tweeted to her 5,600 followers, urging them to picket Stallone’s funeral.

The Westboro Baptist Church, infamous for its organized pickets at  military funerals as part of its anti-gay agenda, is apparently targeting Sage because of his father’s previous relationships.

Sylvester Stallone has been married three times and Sage was his first child with his first wife, Sasha Czack, to whom he was married from 1975 to 1985, according to MTV.

Sylvester has asked that his family’s privacy be respected during this difficult time.

Sage Stallone was found dead in his Los Angeles home on Friday, July 13. The Los Angeles Times reported Sunday that the Los Angeles County coroner’s office confirmed the autopsy had been completed, but toxicology results and a cause of death are still pending.

Is Penelope Cruz Pregnant with her Second Child?
Katy Perry Part Of Me Premiere – ZayZay.Com