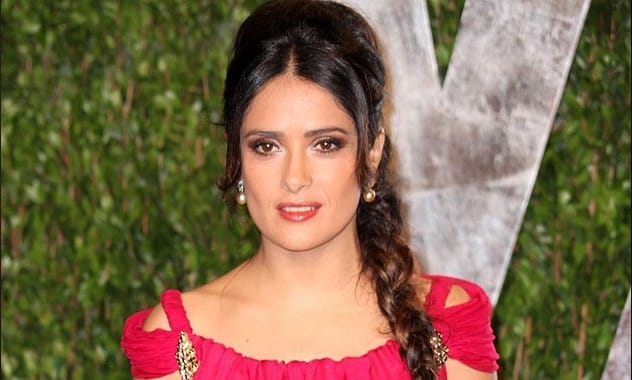 With less than a month to go, the 2012 Summer Games seem to be on everyone’s minds. For Salma Hayek, they’re especially significant; primarily, because she once had dreams of competing as a gymnast.

Hayek recently revealed that she was recruited for the Mexican team when she was a young girl. Apparently her father had her on the balance beam at a very early age and she showed quite a bit of potential.

“Back in the day, I was recruited to be on the Olympic team,” she told the Toronto Sun. “But I was eight or nine years old and my father said no because of all the training involved.”

Clearly Salma’s training routines have worked to her advantage. At 45-years-old, she’s still in incredible shape and may be pulling out some of her trademark leaps and lunges in the upcoming flick Savages.

Have you ever dreamed of competing in the Olympics?