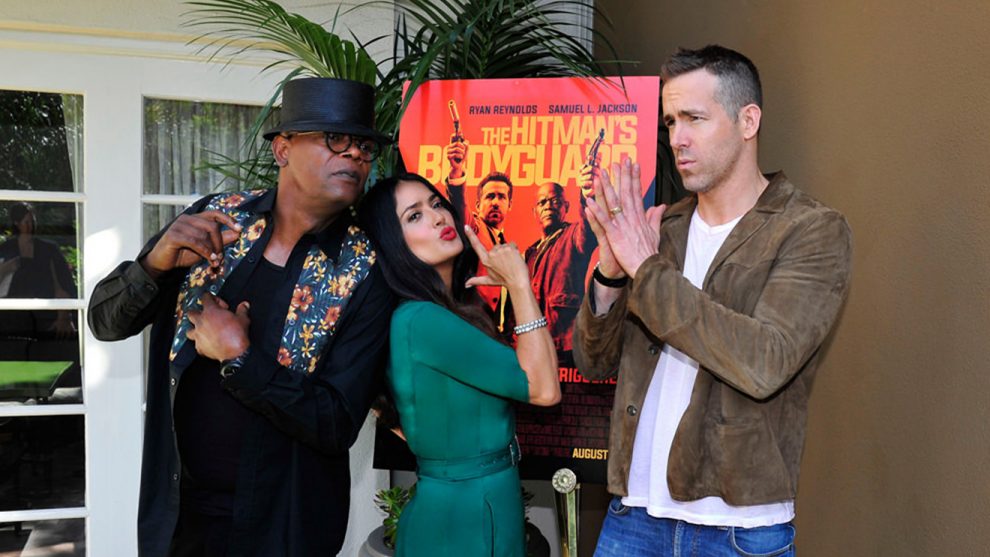 Lionsgate has boarded The Hitman’s Wife’s Bodyguard, Patrick Hughes’ sequel to his 2017 action comedy hit, and will release the film stateside. Millennium Media, who produced the first Hitman’s Bodyguard, produced, financed and are selling the sequel worldwide.

The Hitman’s Bodyguard grossed $75.5 million for Lionsgate in the U.S. and more than $180 million worldwide. Samuel L. Jackson, Salma Hayek and Ryan Reynolds will reprise their roles as, the hitman, his wife and the bodyguard, respectively, in the new feature.

Hughes returns to the director’s chair for the sequel, directing from a script by Tom O’Connor, who also wrote the original film.

The new installment sees plans by bodyguard Michael Bryce (Reynolds) to swear off violence derailed when hitman Kincaid (Jackson) and his wife Sonia (Hayek) entangle him in their mission to wreak havoc along the Amalfi Coast in an attempt to save Europe.

Production on The Hitman’s Wife’s Bodyguard is slated to begin March 2 across Europe. Joe Drake, Jason Constantine and Eda Kowan from Lionsgate negotiated the domestic deal for the film with Lerner and Greenstein from Millennium.