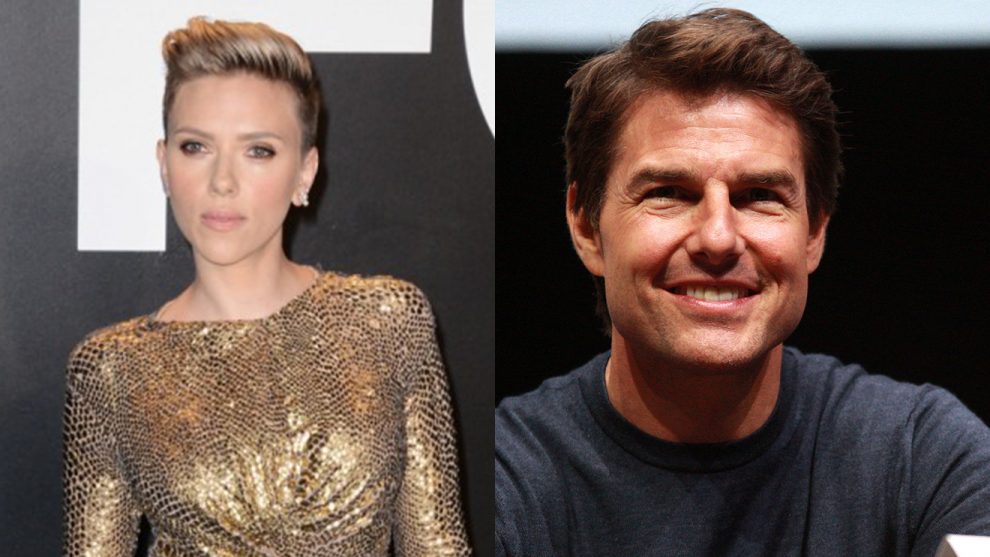 Scarlett Johansson is putting an end to one former Scientologist’s claim that she “auditioned” to date Tom Cruise following his 2001 divorce from Nicole Kidman.

During an appearance on Megyn Kelly Today, Brendan Tighe said he was working as a member of the actor’s Scientology security team when he accidentally came across “reports” revealing the names of women who allegedly auditioned to enter a relationship with Cruise. According to Tighe, one of those women was Johansson.

In a statement to E! News, the actress rejected his assertion, saying, “The very idea of any person auditioning to be in a relationship is so demeaning. I refuse for anyone to spread the idea that I lack the integrity to choose my own relationships. Only a man aka Brendan Tighe would come up with a crazy story like that.”

“Another actress, Erika Christensen, had to disconnect from Scarlett Johansson because [the audition] didn’t go well. That was in that report,” Tighe said.

Christensen has not addressed Tighe’s claims, but recently discussed her experience growing up in the Church of Scientology on an episode of Armchair Expert With Dax Shepard.

According to a 2012 report in Vanity Fair (the particulars of which were denied by the Church of Scientology), Iranian-born actress Nazanin Boniadi was allegedly recruited to date Cruise between 2004 and 2005. In 2006, the movie star wed Katie Holmes. They welcomed daughter Suri Cruise that same year and divorced in 2012.

A spokesperson for the Church of Scientology International responded to Tighe’s claims in a statement read aloud on Megyn Kelly Today: “Brendan Tighe was a Church of Scientology Flag Service Organization security guard/night watchman from 2002 to 2009. The ‘access’ he boasts of having was largely limited to viewing security cameras from a guard booth. He was removed from that position for dereliction of duty.”

“Brandon Tighe’s claims are fraudulent,” the spokesperson adds to E! News in a separate statement. “This is a tabloid myth spread by bigots and Today should be ashamed for repeating it.”

Cruise has yet to comment publicly on Johansson’s denial.