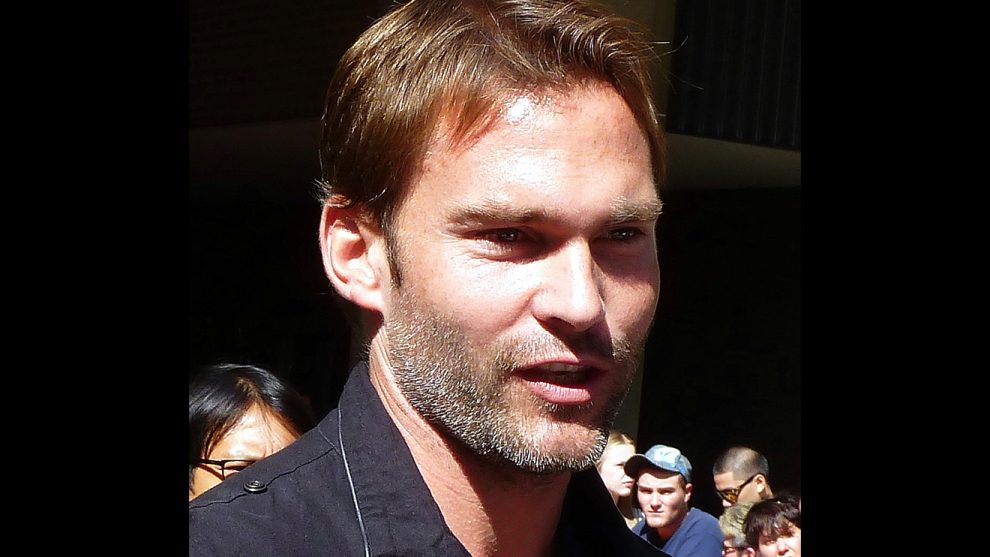 Fox and producers Warner Bros. Television have recast fired Lethal Weapon star Clayne Crawford with Seann William Scott, triggering a third-season renewal for the procedural. Scott (aka Stifler from the American Pie franchise) will join the series in what the network says is a new character who folds into a partnership with Murtaugh (Damon Wayans). Sources tell The Hollywood Reporter that Scott may play the brother to Crawford’s Martin Riggs, thus keeping the well-known name in the mix.

The news comes days after Crawford was fired from the Fox drama following bad behavior on the set. The actor recently apologized for two incidents for which he was reprimanded during the sophomore season. Warner Bros. on Sunday confirmed Crawford will not return to the drama with a statement: “Warner Bros. Television has decided not to renew Clayne Crawford’s contract for Lethal Weapon.”

Sources tell THR that Warner Bros. opted to fire Crawford after he was disciplined each time for his poor behavior. Despite the studio’s repeated reprimands, the actor did nothing to change his behavior and Warners instead opted to fire him and would not even consider the show moving foward with Crawford attached. Instead, the Peter Roth-run studio aggressively pursued a number of actors to step in rather than take a large financial blow by ending it prematurely. Fox never had the option to renew the series with Crawford attached.

Lethal Weapon is a strong performer domestically and internationally — the film franchise was a global smash, grossing hundreds of millions of dollars — and the network was willing to work with the studio to find a way to move forward. Lethal Weapon is currently the only show produced outside of Fox counterpart 20th TV on the network’s 2018-19 roster.

“Seann is a fantastic addition to this already amazing cast,” Fox Entertainment president Michael Thorn said Sunday, a day before the network presents its fall schedule to Madison Avenue ad buyers. “Lethal Weapon is packed with action, drama and pure fun and we can’t wait to see Damon and Seann together on screen. [Showrunner] Matt Miller, his incredible team and everyone at Warner Bros. have been tremendous partners, and we’re thrilled to bring this show back for another season.”

In his apology, Crawford detailed the two incidents that ultimately led to his eventual firing. He said the first incident happened when he became angry with what he deemed unsafe working conditions on the set. After the outburst, the actor said he met with human resources, apologized for his role in the conflict and completed studio-appointed therapy, while also sharing a “sizable portion” of his paycheck with one of the parties involved — at Warners’ request. The second incident occurred during an episode Crawford was directing when another actor on set felt unsafe after being hit by a piece of shrapnel from an effect.

“I absolutely love, respect and care for my crew and cast, and would never intentionally jeopardize so many jobs,” Crawford wrote. “I an incredibly sorry if my passion for doing good work has ever made anyone feel less than comfortable on our set, or feel less than celebrated for their efforts. Furthermore, I apologize to all the crew and cast for any negative attention Lethal Weapon is receiving because of these incidents.”

Crawford’s behavior had left Lethal Weapon — one of Fox’s better-performing dramas — on the bubble as many connected with the series (including, Wayans, sources note) have said they would rather not work with the actor.

Lethal Weapon is Fox’s fifth-most-watched drama, trailing only 911, Empire, The Gifted and The Resident, all of which have also been renewed. Still remaining on the bubble is Warners’ Batman prequel Gotham, which sources say could return for an abbreviated 13-episode run in order to reach the 100-episode threshold needed for syndication. Lethal Weapon joins a retooled slate at Fox that focuses on broad comedy and procedurals. The network has changed its creative direction ahead of the $52.4 billion sale of Fox assets — including studio 20th TV — to Disney. Regulators are expected to approve the deal, which will leave the network to focus on sports after landing the NFL’s Thursday Night Football.

For Scott’s part, Lethal Weapon will be his first TV series regular role. The actor was previously attached to star in the Amy Poehler comedy The Baby for NBC in 2016, but that script never moved forward. His feature credits include the American Pie franchise as Steve Stifler; Dude, Where’s My Car; Jay and Silent Bob Strike Back; The Dukes of Hazzard; Ice Age: The Meltdown; and the cult-favorite hockey drama Goon. Scott is repped by ICM Partners, 3 Arts and Sloane Offer.