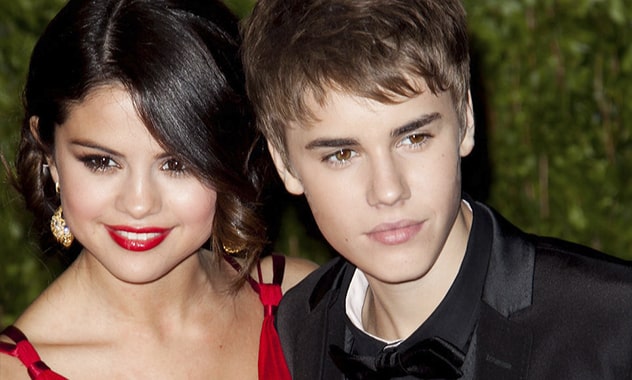 Justin Bieber and Selena Gomez’s ambiguous relationship has been kicked into focus. They “are not back together,” according to E! News via a source.

The insider also took a scythe to the multiple reports — not to mention eyewitnesses — claiming the former sweethearts went to Santa Cruz, Calif, in Chris Brown’s luxury RV for a camping trip that reportedly involved Segway riding, trampolining, and blonde wig wearing.

E! – who note Gossip Cop were the first to deny the camping tale – reports the source adds, “Selena and Justin have not gone on any trips together. They have not left town together.”

The denials follows days of speculation that the pop pair have reunited.

On January 2, Bieber and Gomez were spotted riding Segways around his Calabasas, CA neighborhood.

Further fuel to that fire came two days later when the Canadian posted an Instagram of himself and the Latina snuggling affectionately together.

Justin’s caption read, “Love the way you look at me.”

However, despite all signs to the contrary, it’s apparently much ado about nothing.

The 19-year-old heartthrob and 21-year-old actress-singer began dating in 2010, initially splitting in November 2012, and occasionally getting back together up reportedly up until early 2013.

Most recent items in the Bieber-Gomez reunion narrative claim they are “about to go public” and officially announce their coupledom. A contradictory rumor insists there will be “no big announcements.” A third claims Selena “doesn’t care what her friends think” of Justin, while another suggests the singers “fight all the time” and are “unhealthy” together.

“Nothing is official but its pretty much a foregone conclusion that they are gearing up to make things official and start a relationship soon,” a purported source tells Hollywood Life. ”

“Justin is putting on the full court press to make things work with Selena and trying to make her not listen to all her friends who are against it. Selena is in a jam between her feelings and her friends but Justin will get his way soon enough,” the alleged insider adds.

The Disney alum recently canceled the Australia and Asia legs of her Stars Dance Tour amid unconfirmed reports she suffers from the autoimmune disease, Lupus.

Meanwhile, Bieber is now on a break after wrapping his eventful, 15-month Believe tour and was most recently seen spraying graffiti in Los Angeles with unlikely tagging partner, Kelly Osbourne.

The “Baby” superstar has been spotted in at least two recording studios since the New Year. One in Toronto, the other with rapper Kid Cudi

Flavor Flav Arrested, But Given Special Release for Mother’s Funeral
The OWN Network Supports New Lindsay Lohan Series ‘Lindsay’ To Premiere In March