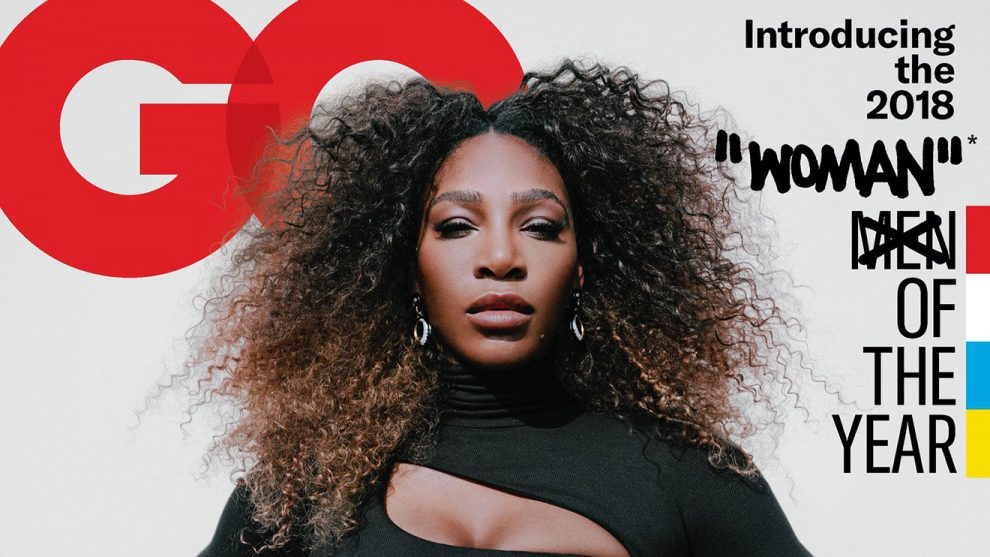 Fans of 23-time Grand Slam champ Serena Williams slammed GQ on social media after the magazine named the tennis great its 2018 Woman of the Year — but strangely added quotation marks around “Woman.”

The 2018 male honorees — including Michael B. Jordan and Jonah Hill — did not have quotation marks placed around their genders on alternate versions of the magazine’s cover.

Some Twitter users were quick to point out that Virgil Abloh, an American fashion designer, was the one who styled Williams’ cover after previously styling a tutu dress for her to compete in at the U.S. Open this summer. Abloh’s brand Off White prominently features words written in between quotation marks.

But that explanation didn’t satisfy many of the cover’s critics.

“That context definitely helps – it’s definitely off putting especially for an athlete who has been critiqued for not being womanly/not a real woman in all sorts of racist and problematic ways,” one user wrote.

Another tweeted: “I can’t believe no one at GQ thought perhaps with misogynistic and violent trans insults that Serena (and Venus) have dealt with for the last almost 20 years, to not put woman in quotation marks. Editorial rooms are a f—— disaster, all over this country. I’m offended for her.”

MY FRIEND GOT ME THE GAL GADOT GQ COVER pic.twitter.com/YPkJg0qrIR

One social media user noted when “Wonder Woman” star Gal Gadot graced the cover as Woman of the Year, “woman” also did not appear in quotation marks.

Williams returned to the court this year after giving birth and suffering pregnancy-induced complications. She made big runs in each of her Grand Slam tournaments and finished as runner-up in the U.S. Open.