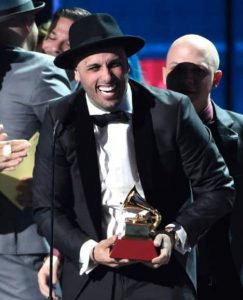 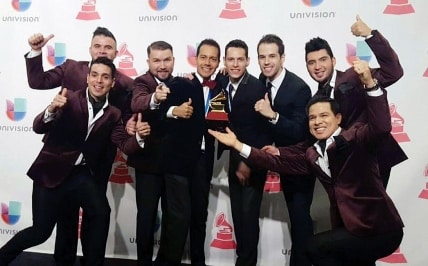 SESAC Latina, which represents the public-performing rights of artists in the United States and Puerto Rico, was recognized for musical excellence at the 16th Annual Latin Grammy® Awards, held at the MGM Grand Arena in Las Vegas.

SESAC Latina artist Nicky Jam won the prestigious Best Urban Performance award for his smash “El Perdón” (Forgiveness), which spent over 30 weeks at No. 1 on Billboard. He also performed the song “Cheerleader” at the live telecast, alongside the singer OMI.

In his acceptance speech, Nicky Jam thanked Colombia “for giving my career a second chance; and to my homeland, Puerto Rico, for giving me the flavor that I have and for taking its music to the world.” He dedicated his accolade to his family and “to the people of Paris, for what occurred.”

Jam also also closed out the show with another performance – joining the Colombian singer Silvestre Dangond on the song “Materialista,” which is racing up the worldwide singles charts.

After the ceremony, A-listers flocked to the after-party thrown by Universal Music Latin Entertainment. SESAC Latina was the exclusive performing-rights organization co-sponsor of this event.

Attended by top artists, producers and industry executives, this one-of-a-kind bash took place inside Surrender Nightclub at the Encore, one of Las Vegas’ most luxurious hotels.

Showing solidarity for a good cause, SESAC Latina teamed up with the United States’ other two performing-rights organizations, BMI and ASCAP, to support the Fundación Cim*ab (Mexican Association Against Breast Cancer). This nonprofit, along with Los Producers, held a celebration one night prior to the Latin Grammy®, on November 18, at the Fremont Country Club of Las Vegas.

In a statement, Fundación Cim*ab noted that “Over 20 Latin Grammy® winners and nominees, including artists, producers, songwriters and engineers, are among the talent” that attended this fundraiser. Representing SESAC Latina with a performance was the up-and-coming alternative rock group Los Hollywood.

Victoria Beckham Does Not Appreciate Prejudice Of Thin Models Being ‘ILL’
HOTEL TRANSYLVANIA 2 – Arriving on Digital HD Dec. 22 in time for the Holidays!