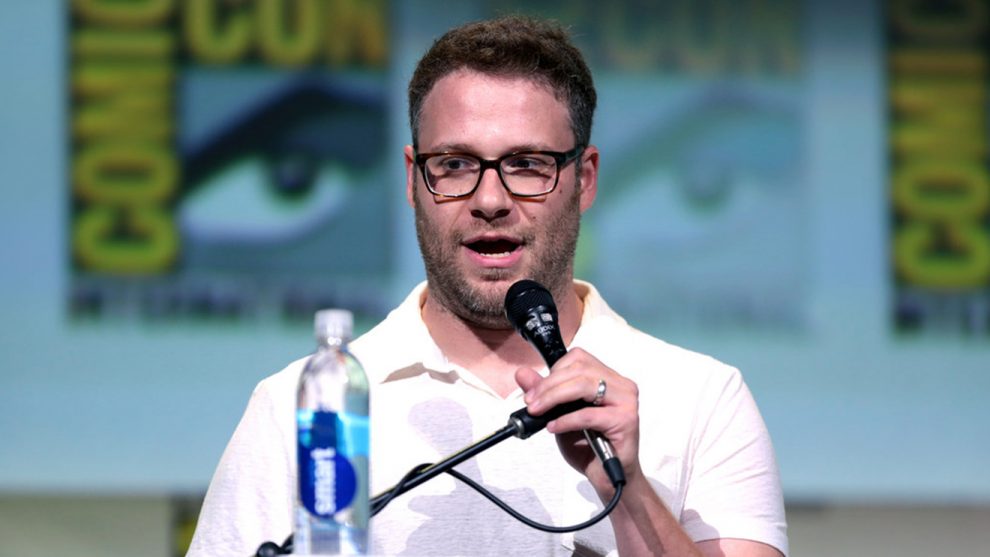 A lot of famous Canadians who make it big in Hollywood attempt to hide their Canadian status, but Seth Rogen is not one of them.

Rogen talks about the fact that he’s from Vancouver pretty much any chance he gets. He recently tweeted in solidarity with a well-known Vancouver green space called Dude Chilling Park. Vancouver is very on brand for Rogen; they are both often stoned.

Anyway now it looks like Vancouverites will be hearing Rogen’s signature chuckle while riding the SkyTrain (which is Vancouver speak for metro). Rogen will be voicing announcements on the SkyTrain at some point in the near future.

I’M GONNA BE THE VOICE ON PUBLIC TRANSIT IN MY HOMETOWN OF VANCOUVER. pic.twitter.com/JduvqtqU3o

On Thursday, Rogen tweeted, “I’M GONNA BE THE VOICE ON PUBLIC TRANSIT IN MY HOMETOWN OF VANCOUVER” along with a teaser that shows him in a soundbooth talking about how he loves Canada and public transit in Vancouver (liar).

“Any opportunity to enrich the lives of Canadian people is an opportunity I will take,” he says.

(He also recently released this heartwarmingly hoserish video in response to being inducted in Canada’s Walk of Fame.)

Me and Evan are being inducted in to Canada’s Walk of Fame and we couldn’t be more honoured. We made this special video to say thank you. (To non Canadians, this will make very little sense) @CWOFame #CWOF2018. pic.twitter.com/nulBpumPFd

“I’m very proud to be from Vancouver, and I grew up taking public transit my whole life. And I still use public transit when I’m in the city,” Rogen says.

Morgan Freeman was originally slated to make SkyTrain announcements for a since-cancelled Visa campaign, but that idea was trashed after multiple women made sexual misconduct allegations against him.

It’s not yet clear what exactly Rogen will be saying, but in the teaser he hints he’ll be giving people “tips” of some sort.

“Giving them some interesting information as to where they’re going could be additive in people’s lives, which is nice,” he says. Maybe he’ll tell them the best places to score weed.