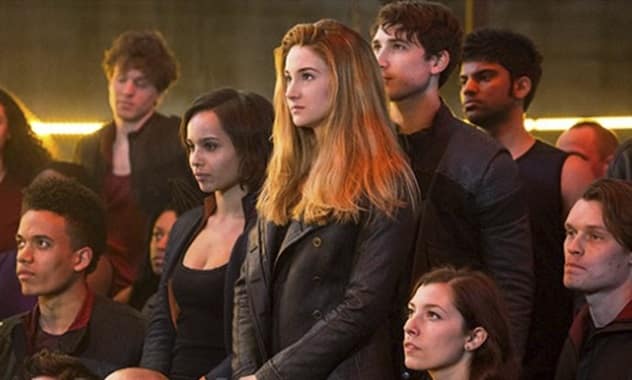 Shailene Woodley is officially done with the Divergent films. When asked Tuesday if she would star in the final installment of the young-adult science-fiction franchise, she gave a short and concise answer.

“No,” the Oscar-nominated actress told Vanity Fair at the premiere of her new HBO miniseries, Big Little Lies, at Hollywood’s TCL Chinese Theater. “I’m not going to be on the television show.”

Ascendant, the fourth chapter and final movie based on the best-selling novels by Veronica Roth, was originally scheduled for a theatrical release in March of 2017. But after the franchise’s third story, Allegiant, earned disappointing box-office receipts, the picture is now being developed into a TV movie—one that will reportedly also serve as a pilot for a spin-off TV series. Woodley indicated in September that she probably would not participate in the TV movie but had not yet confirmed that she would definitely be sitting it out. It seems likely that her co-star, Miles Teller, will not appear in the TV movie either.

Fans may be sad to know for certain that Woodley will not return to wrap up the story of strong-willed heroine Tris, but they can take solace in watching Woodley in another empowering role. She plays a single mom opposite heavy hitters Reese Witherspoon, Nicole Kidman, and Laura Dern in the seven-hour limited series Big Little Lies, debuting February 19 on HBO. Being a part of a female-driven ensemble was a career high—but Woodley hopes the rarity of casts made up of women will soon cease to be a hot topic.

“Until we reach the day we do a red-carpet for a show like this and people don’t [ask] what was it like working with four female leads, and until it becomes a societal norm, we have a lot of work to do,” she explained on the carpet. “You don’t see five men leads talking about working with five other men. This is a great step in the right direction, and we need to continue this momentum so that it becomes the normal—and it doesn’t become the ideal or the celebrated.”