Colombian singer-songwriter Shakira premiered the music video for her song “Empire” on Tuesday. As a bride that gets cold feet, she ditches the alter and burns in gorgeous glamor shots.

She celebrates the release of her album “Shakira.” today with the “Empire” premiere. The celestial rock ballad follows “Can’t Remember to Forget You” as her latest single from the record. “Like the empires of world unite / We are alive,” Shakira belts with power.

The “Empire” music video opens with Shakira in a wedding dress. She is ready to walk down the aisle but as soon as the church doors open, the singer books it in the other direction. Heading for the hills, Shakira basks in the glow of the nature. When she is not rocking hard, Shakira is looking glamorous in her wedding dress on fire. The “Empire” video is pretty simple but it conveys the power of love well with Shakira at the center of it all.

Shakira’s self-titled album was released on March 25. She is currently starring as a coach on the NBC series “The Voice.” 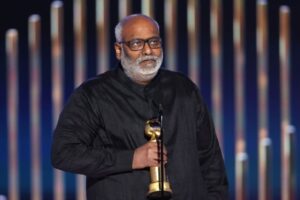 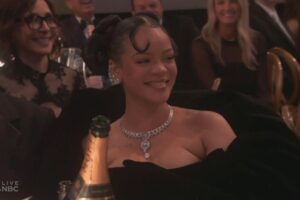 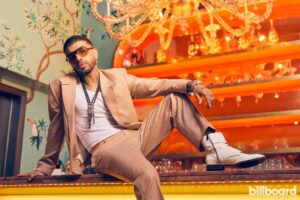