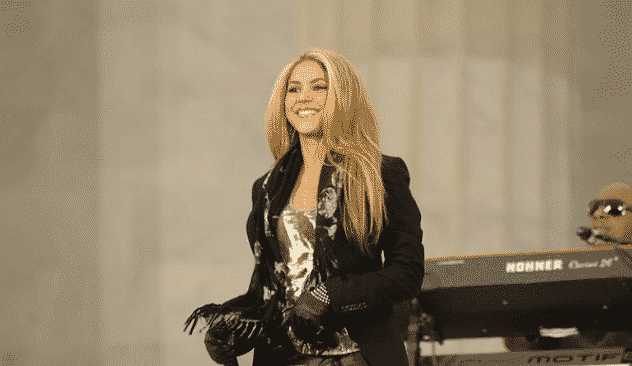 Often times, celebrities are very guarded about their pregnancies. But that certainly isn’t the case for Shakira. Since announcing her bump last September, the She Wolf has been posting belly pix and dropping baby names to the press. But now she’s taken it one step further, with an ultrasound Twitter shot.

Actually it was daddy-to-be Gerard Pique who posted the pic. But he clearly had mama’s blessing and eagerly showed off the facial profile of his upcoming hijo.

And the proud papa has a point. Pique Jr. has a very attractive ultrasound shot. And we’re sure magazines like People en Español will be clamoring for his first “official” close-up after he’s delivered next year.