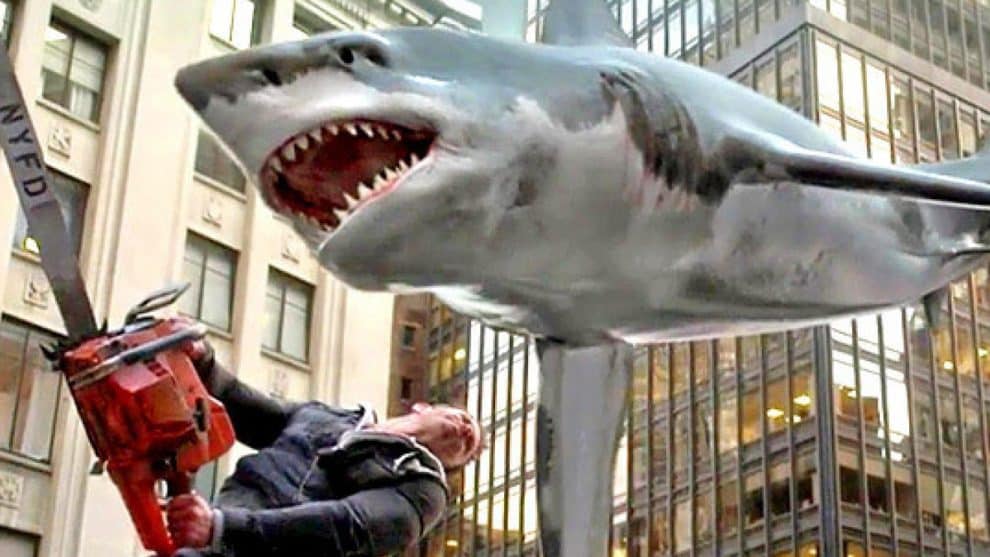 Sharknado 6 – the film that follows in the finsteps of Sharknado: Global Swarming, in which a shark cyclone evolves into a ‘Safarinado’ after absorbing lions, tigers and zebras – sounds, amazingly, quite a bit madder than its predecessors.

In fact, the sixth instalment of the film franchise is set to be a Back to the Future story, mixed with Nazis, dinosaurs and biblical tales. And a time-travelling sharknado. Obviously.

Here’s the synopsis (via Bloody Disgusting):

“All is lost, or is it? Fin unlocks the time-traveling power of the SHARKNADOS in order to save the world and resurrect his family. In his quest, Fin fights Nazis, dinosaurs, knights, and even takes a ride on Noah’s Ark. This time, it’s not how to stop the sharknados, it’s when.”

It’s a story even more epic than what Thunder Levin, writer of the first Sharknado, could imagine:

No pun-filled second half of the title has yet been given, so we might well be watching Shark Of The Covenant or Army of Sharkness soon.