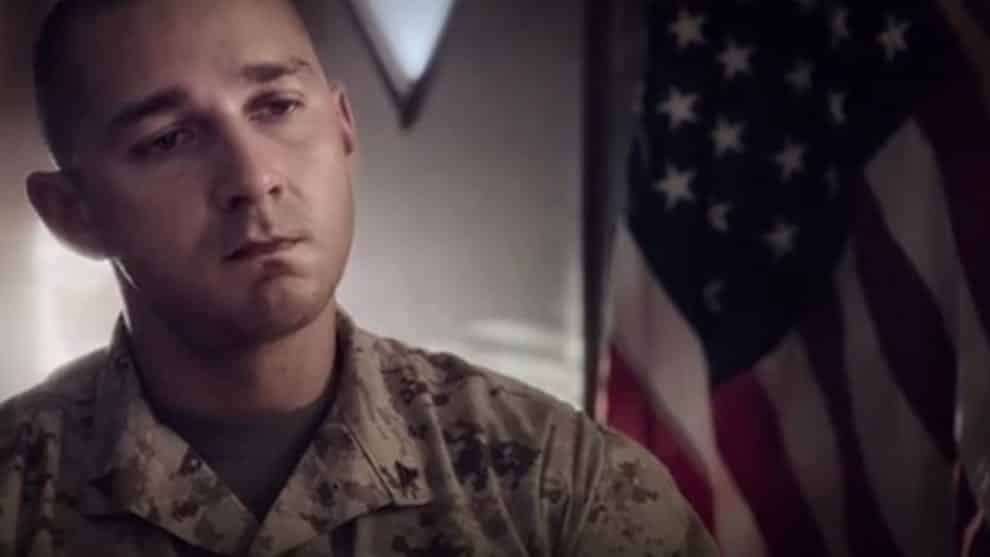 Shia LaBeouf’s new movie Man Down, grossed just $26 on its opening weekend in the UK, the price of a three tickets, according to media reports.

“That opening could be in the Guinness World Records or something.”

The film was panned on Rotten Tomatoes, receiving just a 15 per cent rating.

It is a far cry from LaBeouf’s days as one of Hollywood’s most bankable stars during his time with the Transformers franchise.

Transformers: Revenge of the Fallen grossed more than $531 million in the US alone, including $144 million upon opening.

Score filed a report on the gross of Man Down, in which LaBeouf plays a US soldier who has come home from war in Afghanistan only to be forced to search for his missing wife and son.

According to Variety the movie played in just one theatre: Reel Cinema in Burnley in the England’s northwest.

It was also released simultaneously on demand.

According to The Guardian it will be released on DVD and Blu-ray in May.

In an interview with The Hollywood Reporter LaBeouf described the film as “therapy”.

He said one of the biggest drawing cards of the film was the chance to team up again with director Dito Montiel. The pair formerly worked together on the 2006 film A Guide to Recognizing Your Saints.

“This script landed on his lap at just the right time, and he came to my house when I was at a really low place and offered it to me like therapy, like, ‘Here’s a healing process where we can jump into together and get well,’” LaBeouf told the publication.

“This is definitely the most difficult thing I’ve ever worked on, emotionally, with anyone, which is why I had to do it with him.

“I needed a friend — otherwise, you can’t get this vulnerable.”

A Guide to Recognizing Your Saints movie grossed $600,000 in the US.

After his roles in blockbusters including Transformers and Indian Jones and the Kingdom of the Crystal Skull, La Beouf has shifted his focus to independent films with mixed success.

The news comes during a troubled time for La Beouf that included a bizarre anti-Donald Trump protest last month.