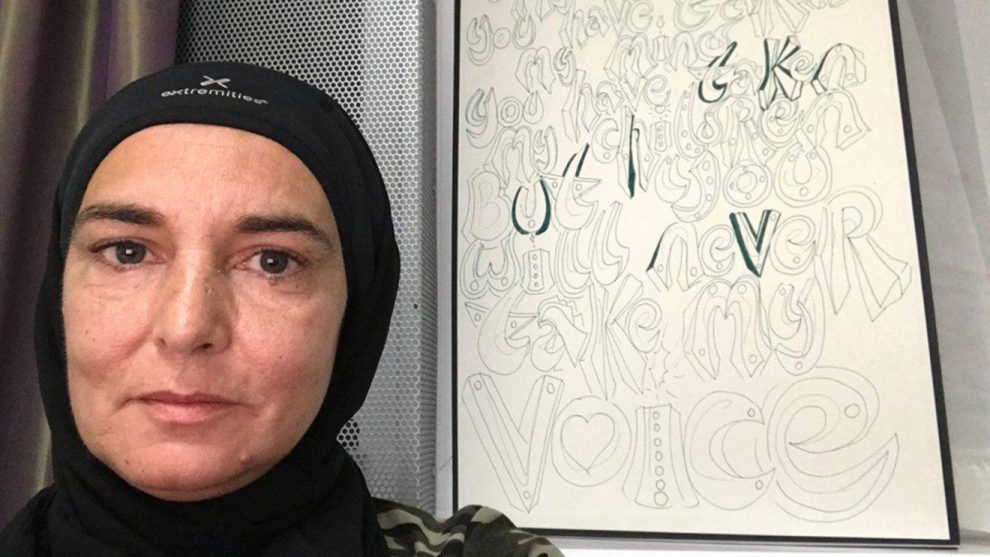 Irish singer Sinead O’Connor, who famously tore up a photo of Pope John Paul II on “Saturday Night Live” in 1992 as a protest against the Catholic Church, says that she has converted to Islam.

The “Nothing Compares 2 U” singer who now goes by the name Shuhada’ Davitt, revealed the news via Twitter on Oct. 19, writing, “This is to announce that I am proud to have become a Muslim. This is the natural conclusion of any intelligent theologian’s journey. All scripture study leads to Islam. Which makes all other scriptures redundant.

This is to announce that I am proud to have become a Muslim. This is the natural conclusion of any intelligent theologian’s journey. All scripture study leads to Islam. Which makes all other scriptures redundant. I will be given (another) new name. It will be Shuhada’

O’Connor’s spiritual journey has seen her speak out against the sexual-abuse scandals in her home country and be ordained as a priest by the Irish Orthodox and Apostolic Church, an independent group.

In 2000, she announced she was a lesbian in an interview, only to walk that back later, saying that although she had had a few relationships with women, “I am not in a box of any description.”

More recently, O’Connor has made headlines over her mental health struggles. In November 2015, she made a suicide threat on Facebook over child-custody issues. The following May, she went missing for a day before turning up in a Chicago suburb.

In 2017, she sat down for an interview with Dr. Phil on his daytime talk show, where she revealed that her emotional troubles had been triggered by the hormonal effects of a radical hysterectomy.

“I was told to leave the hospital two days after the surgery with Tylenol and no hormone replacement and no guidance as to what might happen to me,” she recalled. “I was flung into surgical menopause. Hormones were everywhere. I became very suicidal. I was a basket case. After the hysterectomy, I was mental.”

Latin American Music Awards 2018: Sees The Full List Of The Winners
Megyn Kelly Is On Her Way Out As NBC’s Today Show Host After Her Defense Of Using Blackface