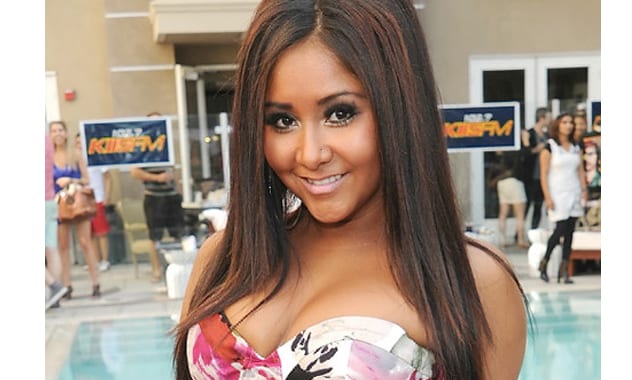 Snooki‘s going have a little Guido!

The Jersey Shore star and fiancé Jionni LaValle are expecting a boy, she confirmed on her Facebook page. “Can finally share the good news……we’re havin’ a BOY,” the post read.

Recently, the pregnant reality star, 24, has taken to Twitter to show off her growing baby bump. She’s also spoken out about how pregnancy has impacted her style – don’t worry, she’s continuing to wear staggering shoes – as well as her, um, boobs.

“I got swagger with my pregnant self,” she Tweeted in March, along with a photo of her cleavage.

She’s also continued posting regular Twitter updates throughout her pregnancy. On Wednesday, the Jersey Shore star shared her breakfast (a picture of oatmeal and fruit) procured by her fiancé, as well her current fixation. ” Im obsessed with teasing my hair today!” she wrote.