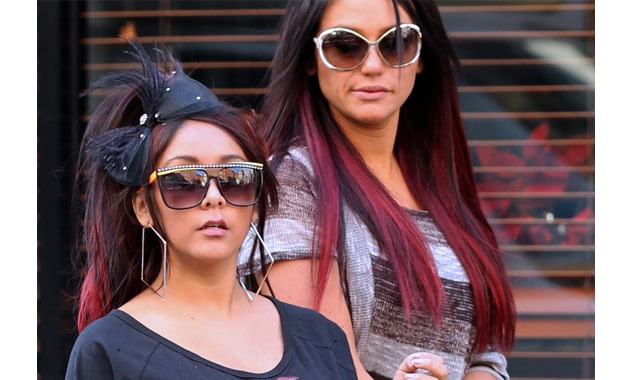 “Jersey Shore” has made celebrities out of a group of incredibly tan, fist-pumping, booze-guzzling young people who’ve rocked Seaside Heights, NJ — and Miami and Italy — for the past three years on MTV.

But like Pauly D before them with “The Pauly D Project,” two of the show’s leading ladies — Snooki and JWoww — are now venturing off on their own with a self-titled spinoff, “Snooki & JWoww” (premieres Thurs., June 21, 10 p.m. ET on MTV).

Despite some struggles settling on a location, the guidettes eventually moved into a converted firehouse in Jersey City, where, of course, some drama went down. Snooki revealed to JWoww that she’s pregnant and engaged, and so the best friends’ upcoming spinoff finds the alcohol-free ladies doing lots of shopping and dealing with some complications, including taking care of a simulated baby and “unexpected drama … boyfriend-girlfriend stuff,” JWoww told HuffPost TV.

Keep reading for more of HuffPost TV’s chat with the ladies, including what we’ll see on “Snooki & JWoww” and how a very pregnant Snooki will fit into “Jersey Shore’s” upcoming Season 6. (Note: She’s not a fan of turning the Smush Room into a nursery.)

Also in the trailer, we see you reveal the news to Jenni that you’re pregnant and engaged. Was that really the first time you talked to her about it? Snooki: Yeah, Jenni heard rumors and stuff like that, but we never really got to talk about it so the first time that we did talk about it was on camera, which you’ll see.

Since you’re pregnant, is it safe to assume that you won’t be doing a lot of things we’ve seen you guys doing on “Jersey Shore” while you’re in Jersey City? Snooki: Well, me and Jenni don’t usually drink when we’re together. I mean, obviously down the Shore, it’s a vacation for us so yeah, we’re gonna have fun. But when me and Jenni hang out, we’re sober. We’re going shopping. We’re doing silly things that best friends do. So It’s kind of just me and Jenni being ourselves.

Was it weird for you guys to film without the rest of the “Jersey Shore” cast? JWoww: It was a little weird because there’d be moments when we’d be like, “Do you want to ask them?” And then we’d be like, “Wait a minute. They’re not with us.” We’re just so used to asking them, you know, their opinion, if they want to do something or not do something, but it was fun for it to just be me and her.

It looks like we’ll be seeing more of Jionni and Roger on the spinoff. JWoww: Oh yeah. We don’t know how it’s edited, but they came at least twice a week.

In the trailer we also see Snooki getting some parenting practice with a fake baby. Who’s idea was that? Snooki: Well, you’re gonna have to wait and see to watch what happened with that. But you know, obviously I wanted to practice with some babies. So you know, it was good practice.

Did you do anything like that in high school? Snooki: Yeah, I actually got that in ninth grade. I had to take care of a baby.

How’d that go? Snooki: Oh, I was a child. I brought it on Four Wheelers. I didn’t care. I didn’t take it seriously.

Sometimes people have to do it with eggs … JWoww: I took care of an egg. I think I gave it to someone to hold onto. Snooki: I would’ve cooked it. JWoww: I cooked it so it’s hard so that it doesn’t break!

Also you guys took a trip to Cancun on the spinoff. Was it just you guys? JWoww: We brought our girlfriends. Snooki: Jenni brought her friend Eunice and she’s been on the show before. JWoww: And Ryder!

Have you guys watched Pauly D’s spinoff? Both: Yeah.

Is there going to be a competition over whose does better? Snooki: No. We’re not like that. We’re always proud of each other. It’s never a competition. JWoww: And our shows are completely different. His is more like how he’s gonna make it in the deejaying world and ours is about our friendship and our dynamic.

And his is very bro-y. JWoww: Yeah. His is like “Entourage.”

And you guys will be filming “Jersey Shore” in the summer. Are you nervous, Snooki, about being pregnant and being in that environment? Snooki: Yeah. I really don’t know my involvement yet with the show or where I’m going to be living ’cause, you know, obviously I want to be very careful. Because I’m pregnant, I want to be healthy. So it’s just gonna be a different experience for me this summer.

So you might be on the show, but not living in the house? Snooki: I really don’t know what’s going on yet.

Because we heard that they’re turning the Smush Room into a nursery. Snooki: Yeah, I’m not really down with that.

I don’t think there could be enough cleaning supplies to make that sanitary. Snooki: Yeah, so we’ll see where I’m gonna be staying. But I couldn’t imagine myself not being a part of “Jersey Shore.”

Snooki, there was a bit of a feud with you and the “tanning mom.” Is there anything else you want to say about that? Snooki: Well, first of all, I never commented on her. They made that up because I didn’t even know who the girl was. So I don’t where that came from. She’s just a person, I mean, whatever. JWoww: We don’t like giving opinions or discriminating against any different type of person because we get that all the time. We were that person three years ago. Snooki: We’re not gonna stoop to her level. JWoww: Why would we talk about someone else like people talk about us? Then we would be bullies just like everybody else is about us.

Do you pay attention to what people say? Snooki: There’s so many things that it’s crazy. JWoww; I probably got called fat like 600 times today.

But speaking of the tanning mom, the controversy was about her getting her young daughter tanned. Snooki, do you feel like you have a different perception of these things, health-wise, now that you’re pregannt? Snooki: No. I never really tan that often because I have a natural Spanish color. So my kid is gonna have no problem being tan. You know, Jionni’s so dark, I’m so dark that my kid will probably never have to tan in his life.

What else can we expect to see on “Snooki and JWoww”? JWoww: Lots of drama. Unexpected drama. Boyfriend-girlfriend stuff. But besides that, it’s just us outside the Shore and we’re really excited for our fans to see it. 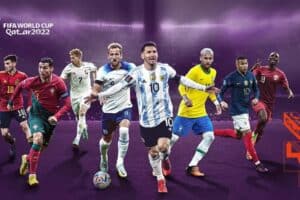 How to Watch The 2022 FIFA World Cup Online: Schedule and Streaming 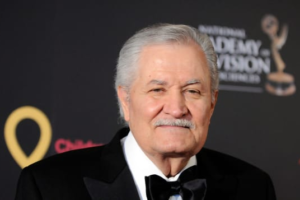 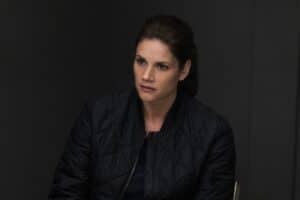